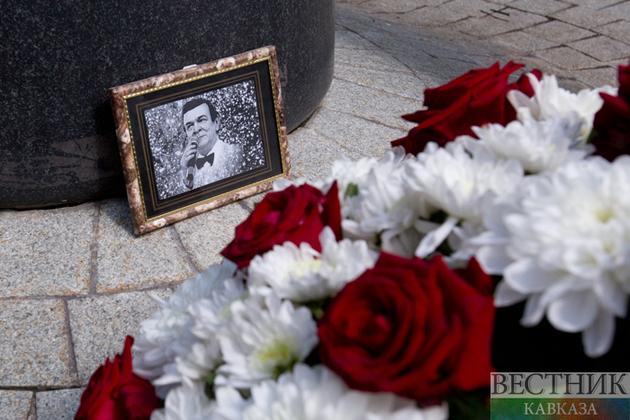 The outstanding Azerbaijani and Russian singer, composer, People's Artist of the USSR Muslim Magomayev would have marked his 79th birthday today.

The Russian Information and Cultural Center in Baku will celebrate his anniversary. Students of the Baku Music Academy will take part in the concert organized as part of the celebration.

He achieved iconic status in Russia and the post-Soviet countries, including his native Azerbaijan, for his vocal talent and charisma. The singer was born on August 17, 1942 in Baku, Azerbaijan. His father was a theatre artist who died during the war. His mother was dramatic actress, his grandfather – Muslim Magomayev – was a famous Azerbaijani composer, whose name was given to the Azerbaijan Philharmonic Hall.

He represented one of the most respected artistic dynasties in Azerbaijan. His grandfather Muslim Magomayev (1885–1937), a friend and contemporary of the prominent Azerbaijani composer Uzeyir Hajibeyov, was one of the founders of modern Azerbaijani classical music.

In 1962, at the age of 20, Magomayev first appeared in Moscow where he performed during the Days of Azerbaijani Culture. He sang an aria from Gounod’s Faust, and the song "Do the Russians Want War?" in a gala concert at the Kremlin Palace of Congresses, and became a celebrity on the spot.

A year later, he gave his first solo concert in the Moscow Tchaikovsky Concert Hall to a full house and became a soloist of the Azerbaijan State Academic Opera and Ballet Theatre. Muslim earned fame in the USSR as an opera singer with his performance in Rossini's "Barber of Seville". He also became known for his arias from Puccini's "Tosca", Hajibeyov's "Koroghlu" and "Shah Ismayil", which was composed by his grandfather.

Magomayev moved to Moscow in the early 1970s. He became the art director of the Azerbaijan State Bandstand-Symphonic Orchestra in 1975 and toured in Italy, France, Bulgaria, Finland, Canada, United States, Cuba and other countries.

Magomayev was also known as a composer, writing several film soundtracks and songs. In addition, Magomayev acted in films and hosted television and radio broadcasts devoted to prominent musicians of the 20th century.