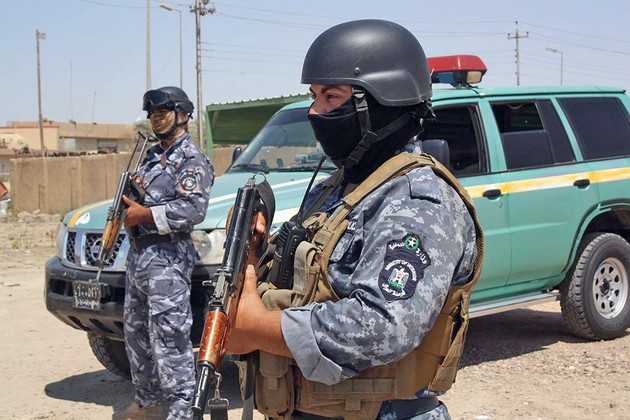 The new ISIS leader has been arrested by Iraqi intelligence officers, according to local reports.

Abdul Nasser Qirdash, 'the candidate to succeed the terrorist Abu Bakr Al-Baghdadi' was captured, according to the National Iraqi News Agency. It is unclear where or how the new caliph was detained.

A photograph obtained by a local journalist and posted online purports to show the jihadist, a veteran who had served 'since the days of Abu Musab al-Zarqawi.' But aspersions have been cast on the claims of the Iraqi news agency, not least because the photo does not match with previous photos of Baghdadi's successor.

After Baghdadi's death it was reported that Muhammad al-Mawla, who also used the nom de guerre Abdullah Qardash and was nicknamed The Professor, was to take over as the caliph, Daily Mail reported.

The source told the Iraqi news agency: 'The terrorist (Qirdash) served as the head of the commission authorised by the terrorist organisation Daesh, and he worked with the organisation as a leader from the time of the terrorist Abu Musab al-Zarqawi until the battles of al-Baghouz that he led himself.'

Displaced Iraqis do not want to return to their homes