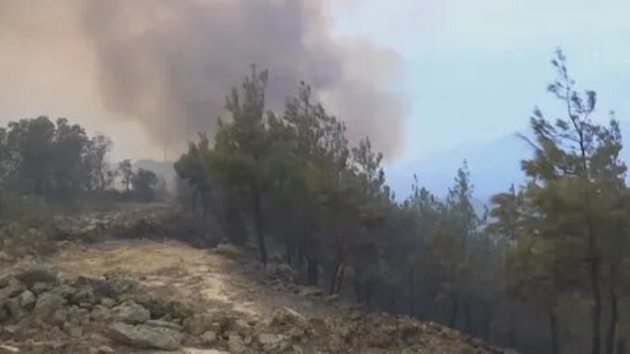 There are currently no fires that threaten any settlements in Turkey, the country’s agriculture and forestry minister Bekir Pakdemirli said on Sunday.

Speaking to reporters in the Mugla province, Pakdemirli said: “The overall situation regarding all forest fires in Mugla is getting better.”

He said 16 forest fires broke out in the coastal city and six aircraft, 39 helicopters, 630 sprinklers, 128 construction equipment, and 3,600 personnel joined efforts to douse the blazes.

He assured people of reforestation of the areas consumed by the fires, adding that they will not be used for other purposes.

Pakdemirli also said that Greece had a request for firefighting plane from Turkey. “We are evaluating it. With the fading of forest fires in Turkey, if we can, we will provide it to Greece,” Anadolu Agency reported.