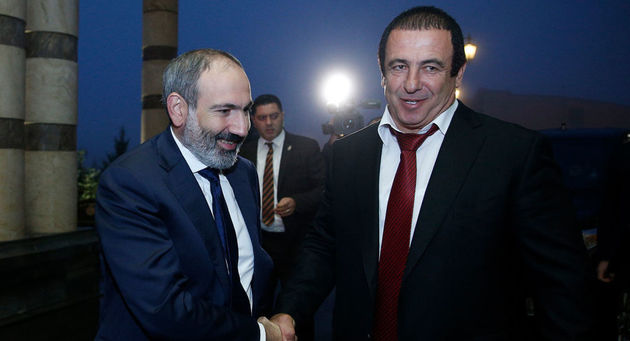 Armenian Prime Minister Nikol Pashinyan had a meeting with the leaders of the opposition Prosperous Armenia and Bright Armenia parties Gagik Tsarukyan and Edmon Marukyan yesterday.

After the meeting, Tsarukyan said he told Pashinyan what he had said publicly. "The meeting couldn’t last long. During the meeting, I expressed the position that I have publicly expressed, that is, the Prime Minister needs to resign in order to get the country out of the current situation. This is the only way out," he stressed.

"As far as the snap parliamentary elections are concerned, I told him that he can’t be the acting Prime Minister and that we will negotiate after this is accepted. My position remains unchanged. The Prime Minister wanted to meet, and I didn’t decline the invitation," Tsarukyan added and refused to say what Pashinyan had said in response.

Marukyan, in turn, said that he presented the position of the Bright Armenia party. "We proposed that the prime minister resign, the parliament elect a new prime minister, an interim government is formed people who have achieved success in their areas. The interim government should o stabilize the turbulent situation in the country and prepare the country for early parliamentary elections. During this period, if necessary, it is also possible to discuss amendments to the Constitution," ARKA cited him as saying.