Pashinyan: omicron not yet discovered in Armenia 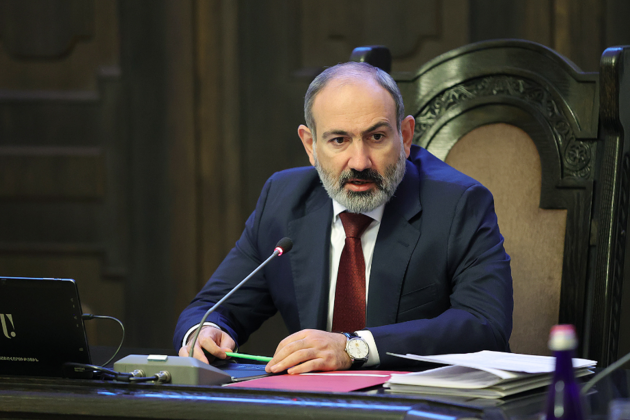 Although the COVID-19 incidence rate has dropped in Armenia, but we must not let our guard down as a new strain of the infection-omicron-has emerged, Armenian Prime Minister Nikol Pashinyan said at a government meeting on Thursday.

He said although the new strain of the infection has not been discovered in the country, it is not yet known exactly what effect it may have on infected people and how they will endure the disease.

Pashinyan said that it is necessary not to relax vigilance until the situation with the new strain improves. He noted that there are already tangible results regarding vaccination.

"The number of citizens who received the second dose of vaccine is already approaching 500 thousand. We manage to vaccinate over 20 thousand people per day, except Saturdays and Sundays. The load on hospitals has also considerably decreased," ARKA cited him as saying..

Armenian health officials have recorded 558 new cases of Covid-19 in the past 24 hours, saying the total number of confirmed cases rose to 339,578 as of Thursday morning.

According to the National Center for Disease Control and Prevention, 21 people have died from Covid-19 during the past 24 hours. The total tally of such deaths is now 7,631.