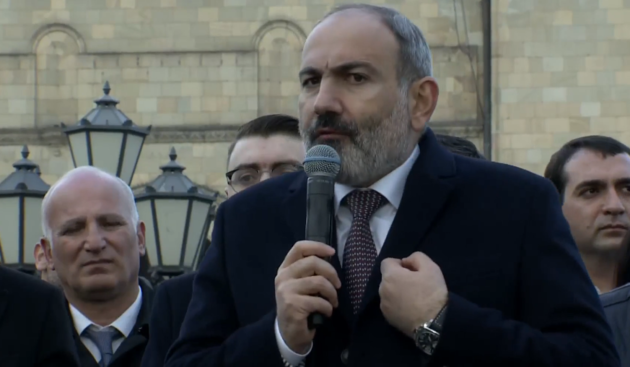 Prime Minister of Armenia Nikol Pashinyan ordered the military to "address their business" and defend the country’s borders. He gave the order at a rally in his support at the Republic Square.

"I order all soldiers, officers, generals to engage in the protection of the country’s borders and territorial integrity. This is my order, and no one will dare disobey," the PM said.

He added that certain forces have tried to involve the Armed Forces in an anti-constitutional process.

Pashinyan reiterated his earlier assessment that the statement of the General Staff of the Armed Forces was an "attempted military coup." He added that people will not allow a military coup in the country.

The Prime Minister voiced confidence that the many generals and high-ranking officers signed the statement under pressure from their superiors.

Pashinyan urged his supporters to come to Republic Square after the General Staff of the Armed Forces issued a statement demanding the Prime Minister’s resignation.