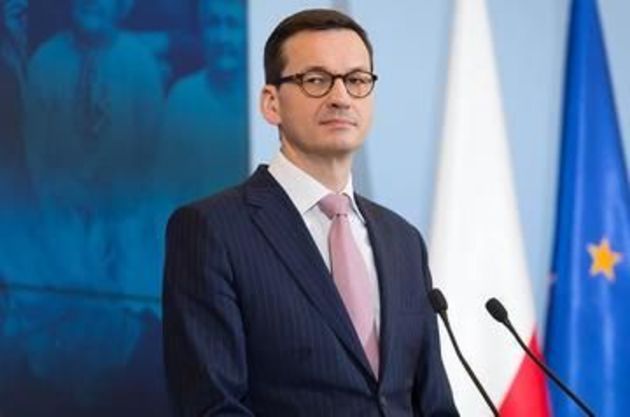 Polish Prime Minister Mateusz Morawiecki said on Sunday he has asked European Council President Charles Michel to expand the agenda of Monday’s EU summit and look at possible sanctions against the Belarusian authorities over the incident with the Ryanair flight.

"I have asked eucopresident to expand tomorrow's EUCO agenda and discuss immediate sanctions against A. Lukashenka regime. Hijacking of a civilian plane is an unprecedented act of state terrorism. It cannot go unpunished," he wrote on his Twitter account.

Apart from that, he condemned the detention of Roman Protasevich, a co-founder of the Nexta Telegram channel deemed in Belarus as extremist, TASS reported.

The Ryanair plane flying from Athens to Vilnius made an emergency landing at Minsk’s airport after the pilots had reported a bomb threat. A MiG-29 fighter jet of the Belarusian air forces was scrambled to escort the plane to the airport. The plane landed safely. No bomb was found inside.

It was reported after the plane’s landing that former editor-in-chief of the Nexta Telegram channel, which had been recognized as extremist in Belarus, Romat Protasevich was among the passengers. The man was detained.