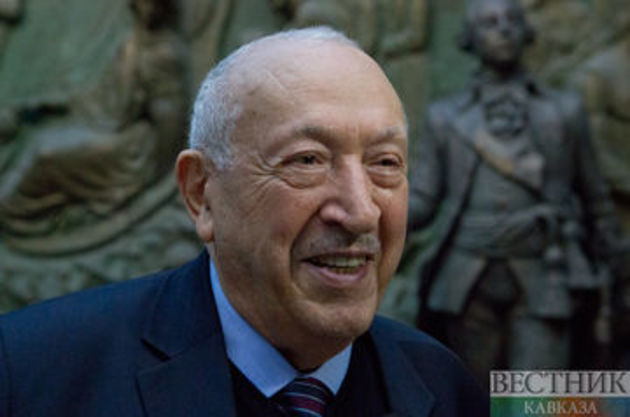 People's Artist of the USSR, Vice-President of the Russian Academy of Arts Tair Salakhov passed away in Germany aged 92, his daughter Aidan Salakhova said.

"People's Artist of the USSR Tair Salakhov died in a clinic in Germany," TASS cited her as saying.

Tahir Salakhov was born on November 29, 1928 in Baku. He was a Soviet, Azerbaijani and Russian painter, as well as a teacher and theater artist.

Salahov's compositions on the life and work of the Baku oil-workers (e.g. "Repair Men") and portraits, e.g., of Azerbaijani composer Kara Karayev, and Soviet composer Dmitri Shostakovich, are characterized by a forcefulness and lack of idealization.