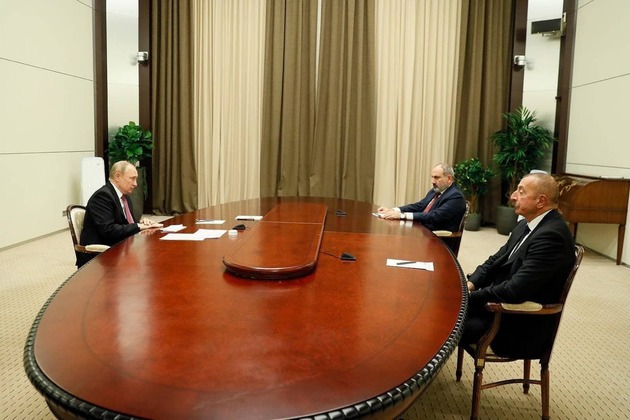 Earlier it was reported that the leaders intend to outline further steps to strengthen stability and establish a peaceful life in Karabakh.

Moreover, Vladimir Putin had a separate meeting with Ilham Aliyev before the start of trilateral talks.

During the trilateral meeting Vladimir Putin stressed that the conditions are being created for a future normal life in the region.

Ilham Aliyev,. in his turn, said that Azerbaijan has shown maximum constructiveness in eliminating the consequences of the Karabakh war and in unblocking communications over the course of this year.

ФОТО Photo by the press service of the Azerbaijani president
5535 views
Поделиться:
Print: