Putin: Armenian-Azerbaijani peace treaty to be product of compromise 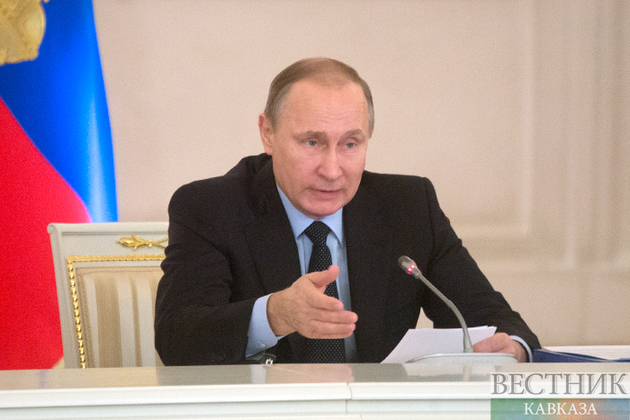 The future peace treaty between Armenia and Azerbaijan will be a result of compromises by both sides, Russian President Vladimir Putin told reporters on Monday.

"The peace treaty is not here yet, and it is too early to speak here about its basic elements, because it is a product of compromises, which should apparently be shown by both sides during a mediated effort, including with the participation of our country, if both sides want," he said.

"It is clear for us why it was without [Russia’s] participation, no need to explain anything about that. Our European partners are conducting their policies in a way aimed at excluding Russia from various formats. Clearly, in some cases this is simply unrealistic and impossible, like in this case, for example," the Russian leader said.

Putin went on to say that Moscow supports any effort, aimed at settling the Armenian-Azerbaijani conflict. "We, on our part, welcome any effort aimed at reconciliation," he said. "We support anything aimed at reducing tensions and promoting settlement."

"As far as the issue of peacekeepers is concerned, it is outlined in our joint statement dated November 2020, [issued] when the conflict was over. There is nothing to add here," he said. "We have discussed it. But our joint agreement is necessary for that."