Putin to Raisi: our positions coincide on many issues 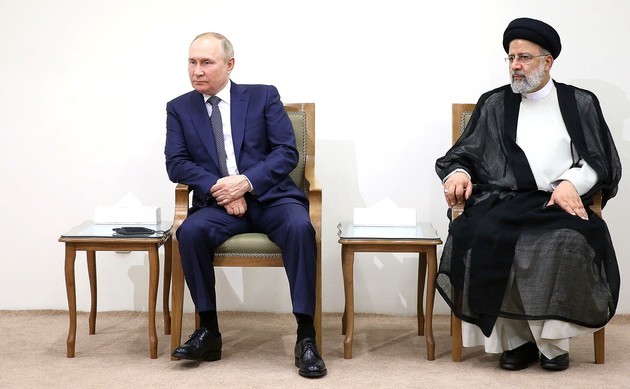 Russian President Vladimir Putin and his Iranian counterpart Ebrahim Raisi are holding talks on the sidelines of the Shanghai Cooperation Organization’s summit in Samarkand on Thursday.

"As we agreed with you, we have done everything for Iran to become a full member of the Shanghai Cooperation Organization. Our partners in this organization have supported your application, all that is left is one last formality. It is indeed a formality, and Iran is joining this already serious, large and authoritative international organization," Putin said.

In addition, the Russian leader drew attention to close positions of Moscow and Tehran on many international issues. "Interregional ties are developing. We are actively cooperating in the international arena, and on many [points] our positions are close or, as diplomats say, they coincide," the Russian president said.

It is expected they will focus, among other things, on the Joint Comprehensive Plan of Action (JCPOA) for the Iranian nuclear program, bilateral cooperation, international and regional security, including the Syrian settlement, and the situations in Afghanistan and the southern Caucasus.

Putin and Raisi will also discuss Iran's upcoming accession to the SCO as a full member at the summit in Uzbekistan's capital, Samarkand.