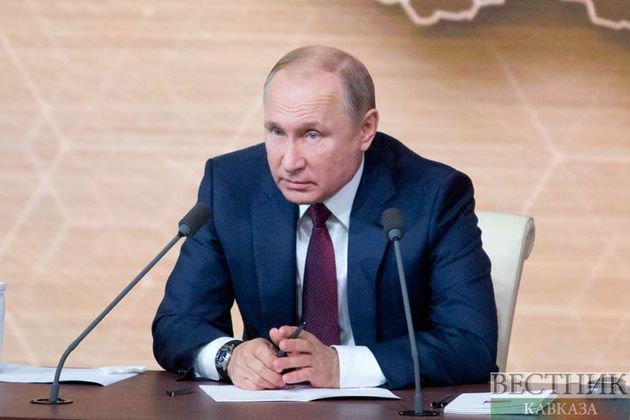 Russian President Vladimir Putin is counting on an increase in the pace of road construction in Russia, said he in an interview on Thursday with workers who were building the Tavrida highway in Crimea.

"I hope that it will not be maintained, I hope that it will be more than it is now," President Putin said, while answering a question from one of the workers whether the current pace of road construction in the country will remain in place.

President Putin noted that "the plans are to increase the pace of road construction." "You know, that the road workers know this: where there is a road, there is life, there is an economy, "social aspects" develop. But if there is no road - there is nothing," TASS cited him as saying.

According to the President, one of the priority tasks of the state is the development of roads and railways, ports and airports.

At the end of this conversation, President Putin was offered to give an official start to traffic flow on new sections of the Tavrida highway. "Yes, of course, with pleasure," President Putin replied. After that, several Kamaz trucks drove along the highway, launching the use of the road.