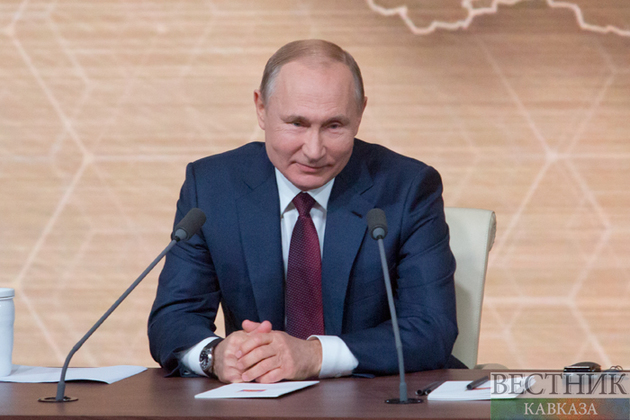 Russian President Vladimir Putin has sent Christmas and New Year wishes to U.S. President Joseph Biden and President of the People's Republic of China Xi Jinping, according to the Kremlin press service.

In his Christmas and New Year greetings to Biden, Vladimir Putin noted that Russia and the U.S., as countries bearing a special responsibility for international and regional stability, could and should interact constructively, combining efforts to respond to the numerous challenges and threats facing humanity.

"I am confident that, following up on our agreements reached during the June summit in Geneva and subsequent meetings, we can move forward and establish an effective Russian-American dialogue based on mutual respect and consideration for each other’s national interests," the message reads.

In his message of greetings to Xi Jinping on the occasion of the New Year and the upcoming Spring Festival, Putin noted that 2021 marked the 20th anniversary of the signing of the Russian-Chinese Treaty on Good-Neighbourliness and Friendly Cooperation, which is a solid basis underlying bilateral relations. Despite the pandemic-related challenges, Russia and China’s interaction was exceedingly productive. A dynamic political dialogue continued at all levels, trade was up at an all-time high, and cross years of Scientific, Technological and Innovative Cooperation led to good practical results. The effective coordination of efforts in addressing key items on the regional and international agenda was noted in the message and confidence was expressed that the two countries would be able to expand the entire range of bilateral ties, and a new joint project between the two countries – the Year of Cooperation in Physical Fitness and Sports – would be implemented in full.

"I have no doubt that our Chinese friends will make sure that the Winter Olympic Games are a success. I look forward to our meeting at the opening ceremony of this sports festival," the message says.