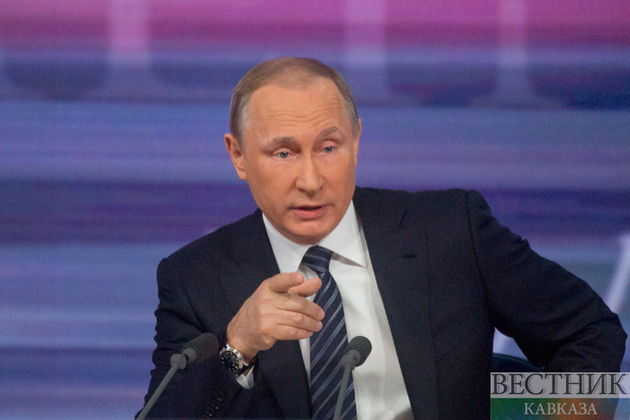 Russian President Vladimir Putin has outplayed the West with a devastating score, - ex-NATO representative in Moscow Harry Tabakh said on the air of the YouTube channel SobiNews.

"He got everything, he beat everyone ... with our own hands", RIA Novosti quoted the former American soldier.

First of all, Vladimir Putin won a convincing geopolitical victory over the United States, and now, in his opinion, the Ukrainians are making a mistake by supporting the incumbent head of the White House, Joe Biden, who makes significant concessions to Moscow on many issues.

Under Biden, Washington lifted sanctions on Nord Stream 2, refused to supply lethal weapons to Ukraine and send troops to this country to confront Russia",Tabakh listed, reminding that in the early stages of his reign he promised to "disregard" Moscow and impose tough sanctions.

"And now our national security adviser, Mr. Sullivan, comes out and says, 'first of all, we need to give security guarantees to Russia, not to America'", he said indignantly.

Also, the former North Atlantic Alliance military man added that the US president is preventing oil and gas production in the country, creating a fuel shortage and allowing the Russian economy to "enrich" by increasing energy resourses demand.

At the same time, today the Washington Post newspaper, citing sources familiar with the plans of the American administration, wrote that the United States is planning to discuss the deployment of missiles and the scale of military exercises in Europe at the upcoming talks with the Russian Federation in Geneva on January 10.

Also, during the upcoming consultations, the White House plans to find out whether Moscow is serious about resolving the crisis around Ukraine, or is using its demands on the United States to drag out the situation, the newspaper writes.

Let us remind you that next week Russia and the United States will hold another round of dialogue on strategic stability in Geneva, followed by a meeting of the Russia-NATO Council in Brussels, and consultations at the Organization for Security and Cooperation in Europe in Vienna.