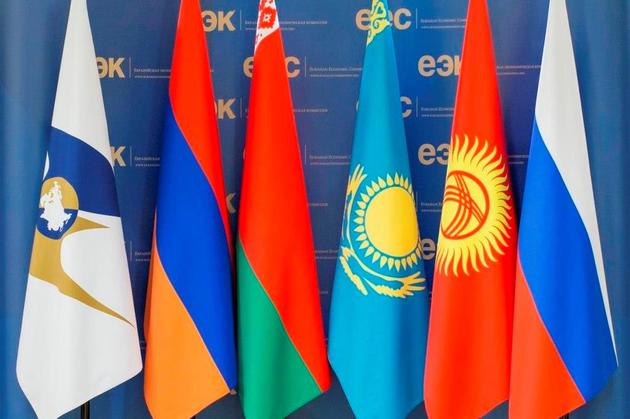 Russian President Vladimir Putin is participating in a video conference of the heads of the EAEU, a joint document is expected to be approved following the meeting, Kremlin Spokesman Dmitry Peskov said.

According to him, Belarusian President Alexander Lukashenko is addressing his counterparts. Speeches by other participants will follow.

"It is planned to adopt a joint document following the meeting," TASS cited the Kremlin spokesman as saying.

Putin and Nazarbayev congratulate each other on Victory Day