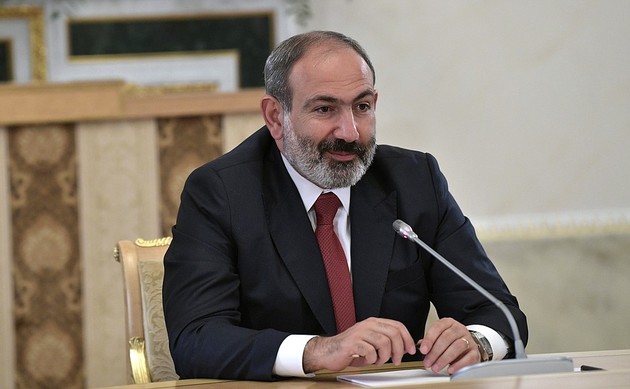 The Armenian Central Elections Commission (CEC) said, having counted 1,281,911 votes (100%), that Pashinyan's party gained 53.92% of the vote, while the Armenia bloc of former President, one of the instigators of the Nagorno-Karabakh conflict Robert Kocharyan got 21.04%.

The I Have Honor alliance of the Republican Party of former Armenian President, another instigator of the Nagorno-Karabakh conflict Serzh Sargsyan and the Homeland party of former National Security Service chief Artur Vanetsyan received 5.23% of votes.

Parties need to gain over 5% of the vote to be victorious, while the threshold is 7% for blocs.

The Election Code says that whenever only two political forces pass the threshold, parliament seats will also go to the third force (bloc or party) that has not passed the threshold but gained the largest number of votes. This is the case of I Have Honor.

The Prosperous Armenia party led by major Armenian businessman Gagik Tsarukyan gained 3.96% of the vote but did not pass the threshold.

The Bright Armenia party of Edmon Marukyan, which gained 1.22% of the vote, will not get parliament seats either.

The early parliamentary elections held in Armenia on Sunday had a 49.4% turnout. The Armenian parliament is elected for five years. The minimum allowable number of parliament deputies is 101, and the previous parliament had 132 members. The Central Elections Commission distributes parliament seats.

The parliamentary majority forms the government and nominates candidate for prime minister.