Road bridge over Samur river between Russia and Azerbaijan opened

Opening of a road bridge built over the Samur river between Russia and Azerbaijan has been held on the birthday of Azerbaijani President Ilham Aliyev, the correspondent of Vestnik Kavkaza reported. 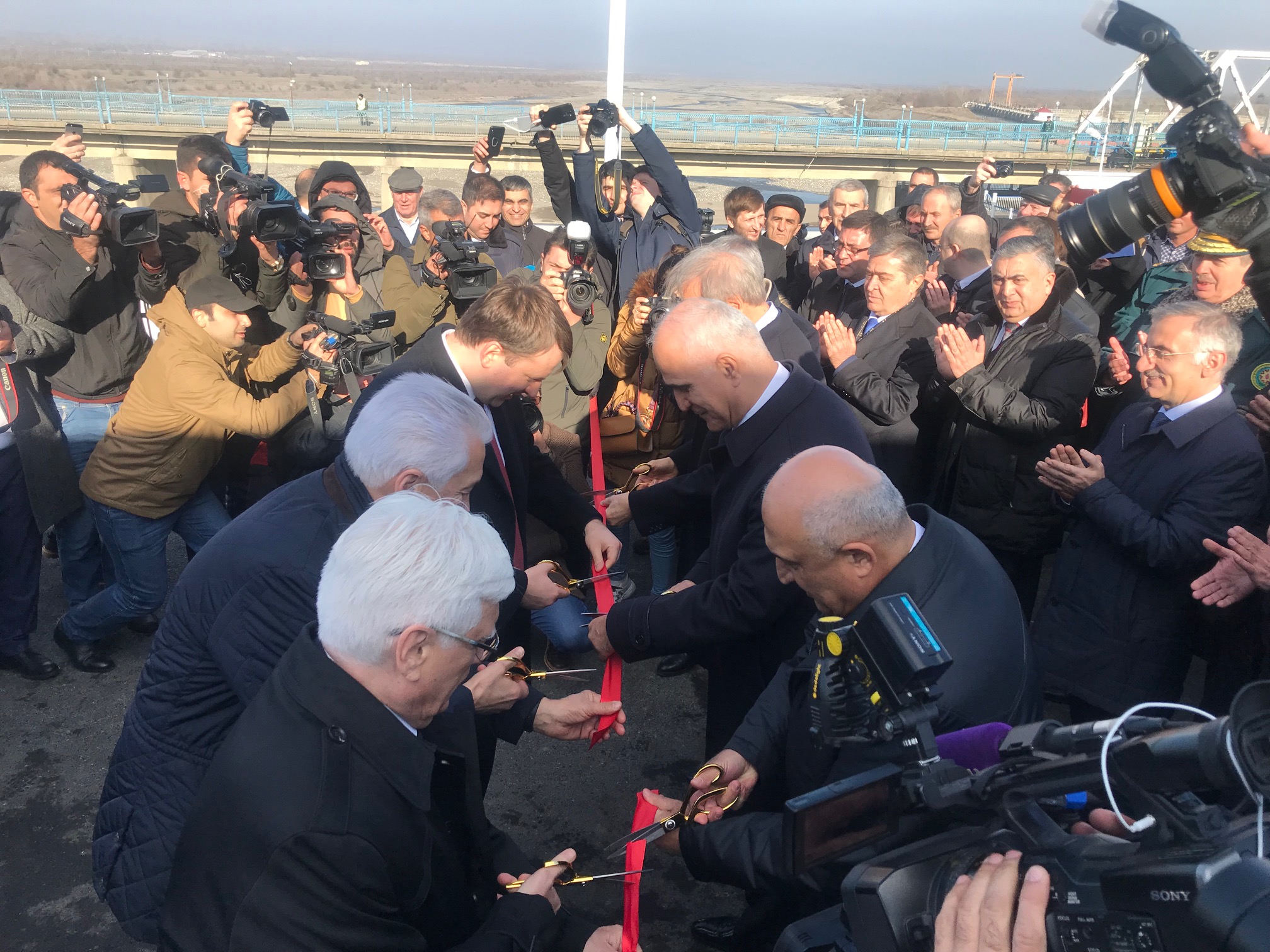 Shahin Mustafayev said at the opening ceremony that the trade turnover between Azerbaijan and Russia for the ten months of this year increased by 23%.

He noted that the bridge creates greater opportunities for implementing international projects and expanding trade operations.

For the ten months of this year, the volume of cargo transportation along the North-South Route increased by 60%, and along the North-West Route - by 53%, Mustafayev added.

The Azerbaijani deputy prime minister recalled that during the October meeting of the presidents of the two countries, the dynamics of development of cooperation in the fields of economy and politics between Azerbaijan and Russia were highly praised. 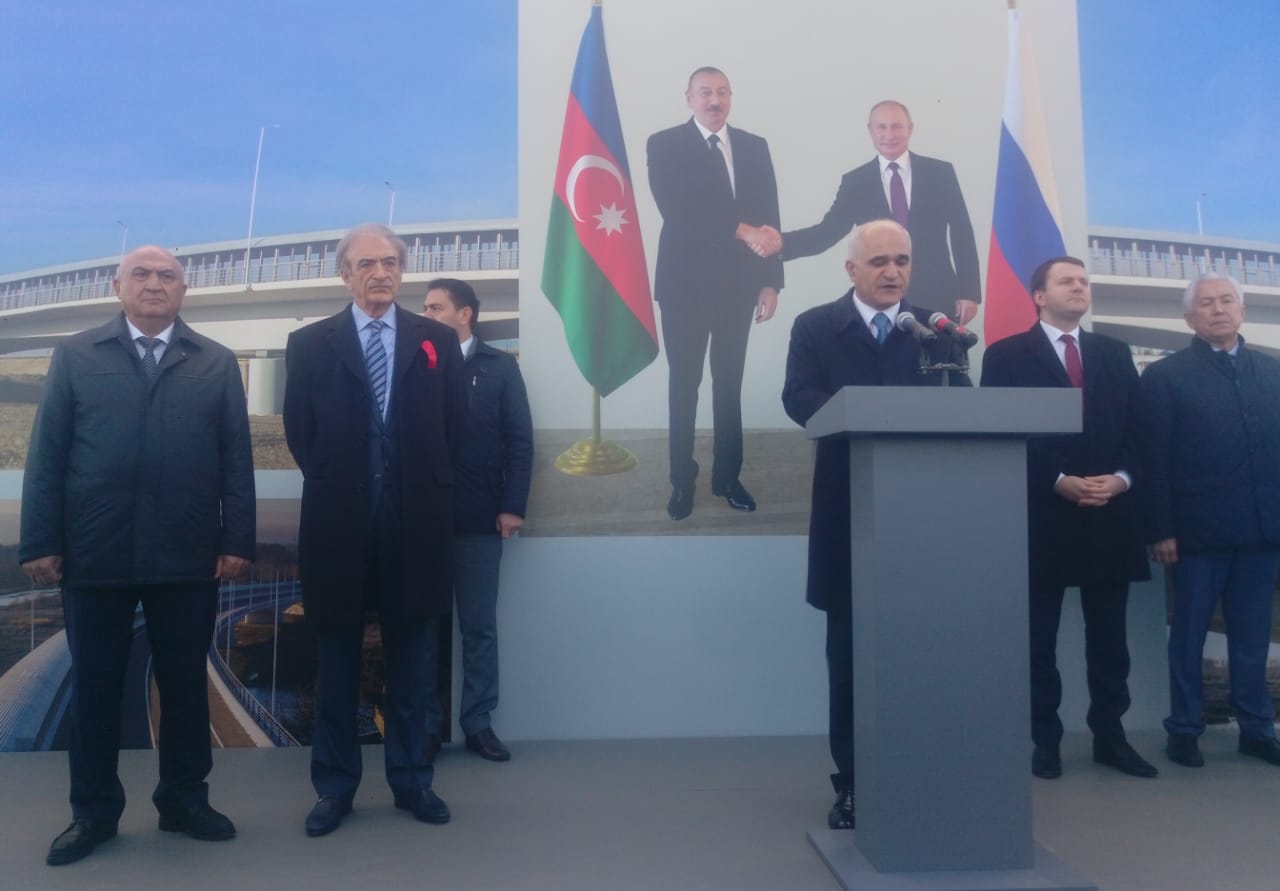 The bridge was built through joint financing from Russia and Azerbaijan. The length of the five-span bridge is 325.3 meters, the width is 17.3 meters. The bridge consists of two lanes. A 3.7 meters wide pedestrian lane was also built there.

An intergovernmental agreement on the construction of a new bridge over the Samur river was signed Sept. 13, 2013. The new bridge will replace the old one, which was built in 1957. 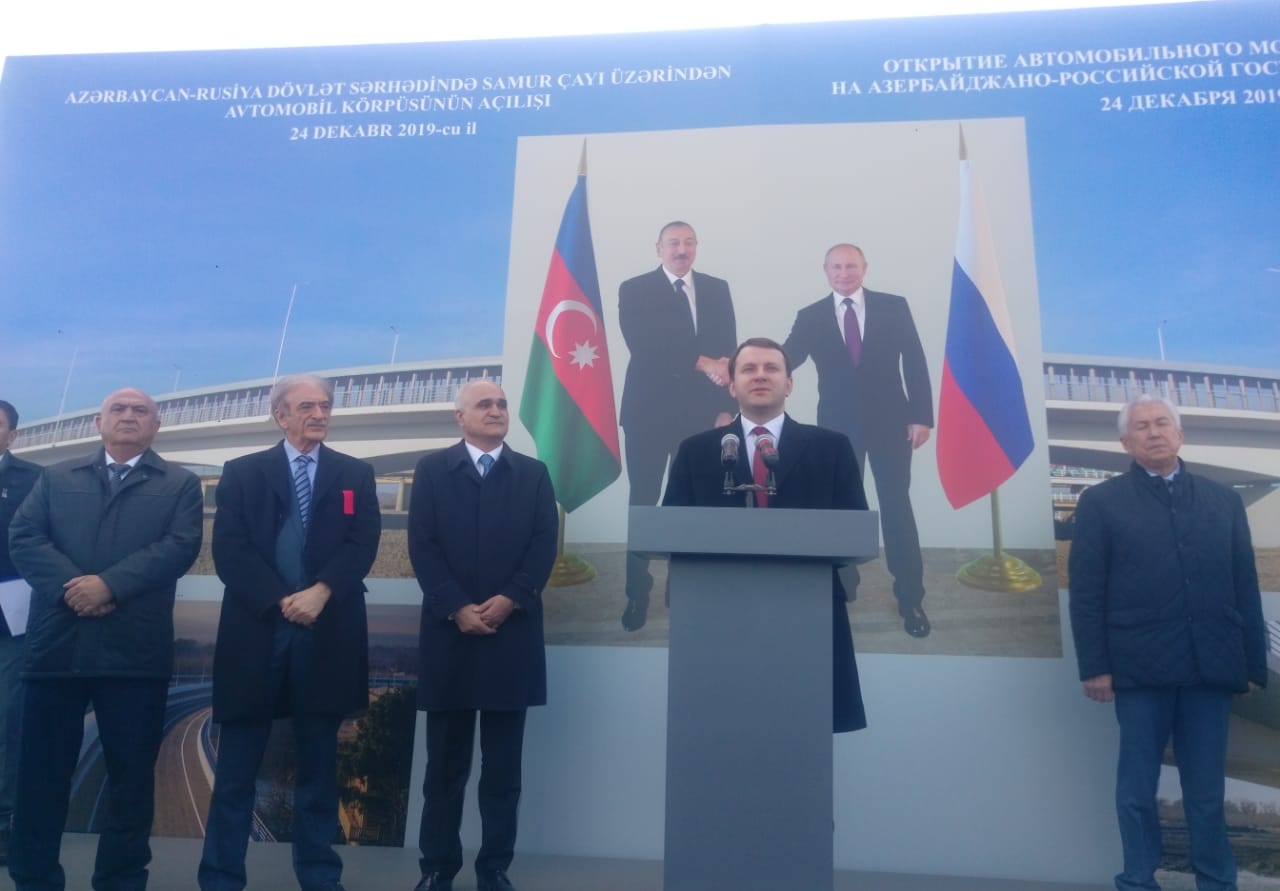 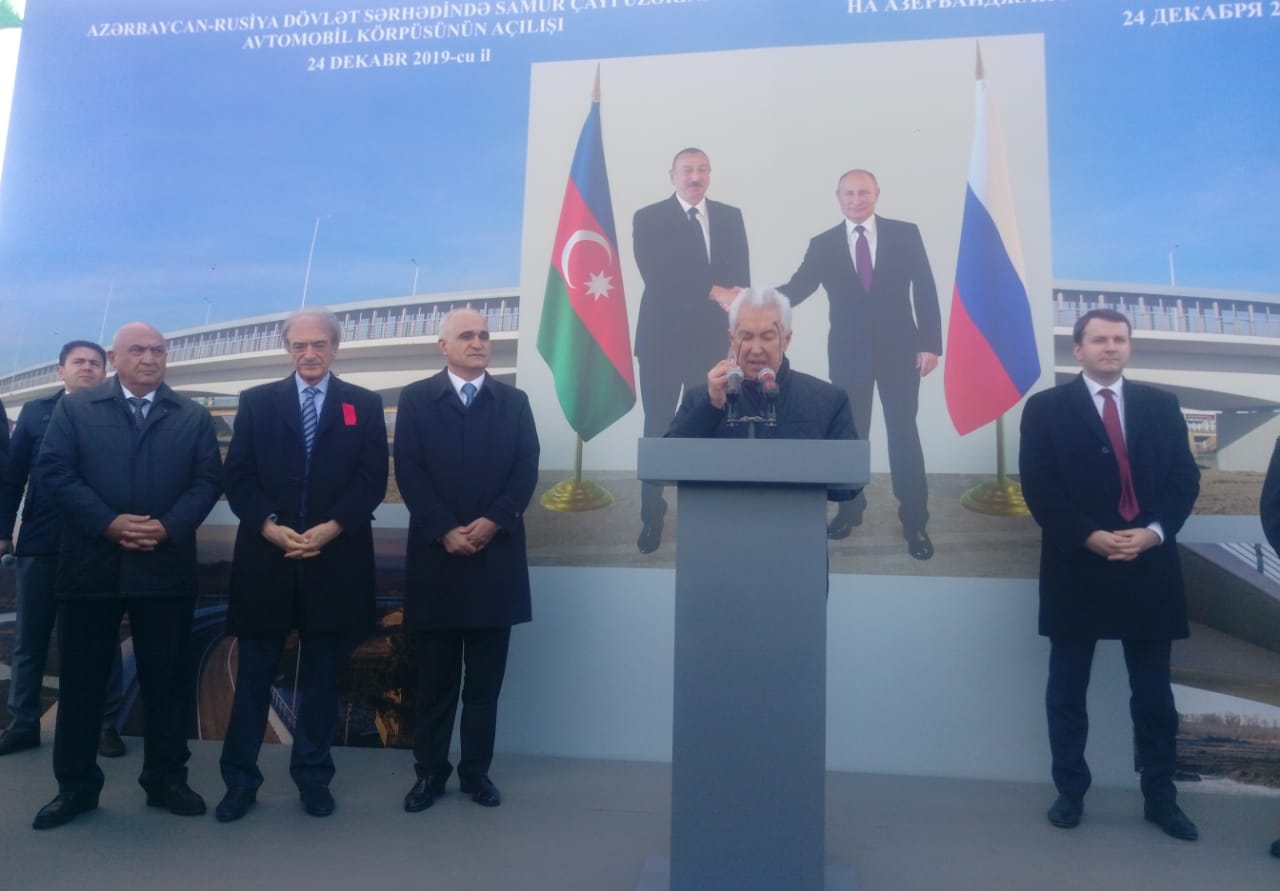 Construction of bridge between Russia and Azerbaijan approved