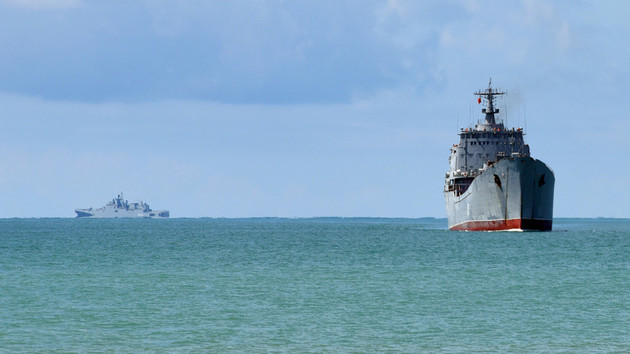 The 2022 Marine Security Belt naval drills, which involve Iran, Russia and China, have kicked off in the northern part of the Indian Ocean, Iran’s Mehr News Agency reported on Friday.

"According to the plan, various tactical maneuvers will take place, including actions to rescue a ship on fire, release a hijacked ship and hit naval targets during the day and at night," said spokesman for the drills Admiral Mostafa Tajoddini.

The Russian Eastern Military District’s press service for the Pacific Fleet said on January 19 that three Pacific Fleet ships had arrived in the Iranian port of Chabahar for the joint exercise. The naval task force embarked on a long-distance mission from Russia’s Vladivostok a few days before the start of 2022.