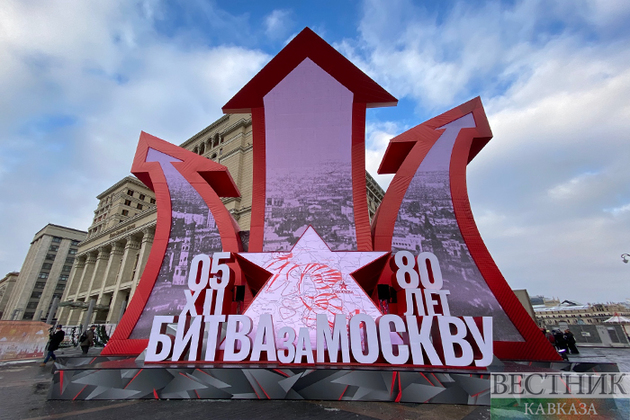 Today Russia celebrates the Day of Military Glory - the Day of the beginning of the Soviet counteroffensive against the Nazi troops in the Battle of Moscow in 1941.

Hitler's plan for a "lightning war" against the USSR failed precisely as a result of it. It was the first major defeat of the fascist army in World War II, it dispelled the myth of its invincibility.

The memorable date was established by the Federal Law of March 13, 1995 "On the days of military glory and memorable dates in Russia." In Moscow, the holiday has been celebrated as a city holiday since 2012.

Mayor of the capital Sergey Sobyanin congratulated veterans of the Great Patriotic War and all residents of Moscow on the holiday, the telegram was published on his official website.

“These days we remember the heroic soldiers of the Red Army, the people's militias and partisans, the valiant workers of the rear and other defenders of the capital. In the harsh December 1941, our city became an unassailable fortress for the enemy, from the walls of which a long and difficult journey to Berlin began", it says.

"Dear veterans, the memory of your heroism is passed from heart to heart, from generation to generation. For all of us, you will always be an example of courage, perseverance and unconditional devotion to the Motherland," the mayor addressed.

Let us remind you that the Soviet counteroffensive near Moscow was the second stage of the Moscow battle, heavy defensive battles were fought in front of it.

Hitler’s command planned to take over the capital in the first weeks of the war, when it failed to do so - it developed a major offensive operation, code-named Typhoon. It began on September 30, 1941 in the Bryansk and October 2 in the Vyazma directions.Despite the tough resistance of the Red Army, the defense was broken, and by the beginning of December the invaders reached the Moscow-Volga canal, crossed the Nara River north and south of Naro-Fominsk, approached Kashira from the south, and captured Tula from the east. But here they had to stop.

The defenders of the capital, together with the residents of Moscow and the Moscow region, fought battles and actually turned the city into an unassailable fortress, exhausting the enemy with tough defense of positions, counterattacks, the introduction of fresh reserves and air strikes.

By the beginning of December, the forces of the Wehrmacht were completely exhausted, and the initiative began to shift to the Soviet side.By this time, the Soviet command concentrated strategic reserves behind the front line, which included Siberian and Far Eastern divisions.

Despite the lack of superiority in numbers, cold weather and deep snow, the counteroffensive developed successfully. On December 8, Hitler issued a directive on the transition to defense on the entire Soviet-German front.

During the counter-offensive near Moscow, several private offensive operations were carried out in various directions, during which it was possible to dislodge the enemy from the positions held: Rogachevo, Venev, Yelets, Stalinogorsk (now Novomoskovsk), Solnechnogorsk, Efremov, Kalinin (now Tver) were liberated. The headquarters demanded that the front commanders expand the front of the offensive and carry out non-stop pursuit.

The Nazi troops fiercely resisted, in accordance with Hitler's "stop order" issued on December 16, but failed. On December 19, Field Marshal von Brauchitsch, commander of the ground forces, was dismissed for a retreat from Moscow, Hitler personally took over his post.

In the second half of December, an active offensive was carried out by the Soviet troops of the right wing of the Western Front, which reached the line of the Lama and Ruza rivers on December 19. On December 25 the left wing of the Western Front and the Bryansk Front reached the Oka on a wide front. In late December - early January, Kozelsk, Kaluga, Meshchovsk and Mosalsk, Naro-Fominsk, Maloyaroslavets, Borovsk were liberated.

By January 7, 1942, Soviet troops defeated the formations of Army Group Center, which had previously broken through to the near approaches to Moscow from the north and south. As a result, the enemy's flank strike groupings were thrown back from the capital by 100-250 km, its 38 divisions were defeated, and over 11 thousand settlements were liberated.

This was the end of the Red Army's counteroffensive near Moscow. It created favorable conditions for the transition to a general offensive in other directions. The Soviet forces penetrated deeply into the defense of the enemy at the junction of Army Groups North and Center, disrupting operational interaction between them. But the lack of sufficient experience in conducting large-scale offensive operations, tank formations and the general lack of forces and means did not make it possible to encircle and destroy the main forces of Army Group Center.

Nevertheless, achievements were great. The enemy was thrown back to the west by 150-400 km, it was possible to liberate the Moscow and Tula regions, many areas of the Kalinin (now Tver) and Smolensk regions. Moreover, Germany suffered its first major defeat in World War II.

Villefand on weather in Moscow on Christmas Eve