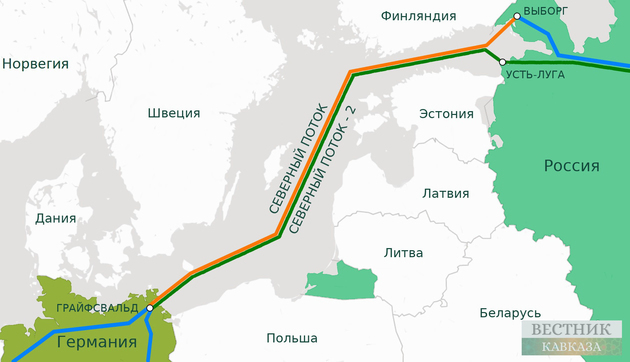 Russia and its partners have fulfilled their task of creating Nord Stream 2, now it is for Europeans to decide upon it, President Vladimir Putin said at a meeting on the autumn-winter heating season on Wednesday.

He said this after Gazprom CEO Alexey Miller reported that the second string of the gas pipeline had been filled with technical gas.

"These are the issues that our partners in Europe should resolve. Now it is their turn. We and our partners, by the way, European companies, have completed the task of creating this additional route. Nord Stream 2 is ready to go," the President said.

"I would like to congratulate Gazprom and your partners in the Nord Stream 2 project on the completion of work on the creation of this large additional pipeline and on the fact that it is ready for operation," Putin said.

He stressed that "as soon as they (European partners) make a decision on the start of its operation, large additional volumes of Russian gas will immediately flow to Europe." Putin recalled that this would be about 55 billion cubic meters per year.

Putin expressed confidence that the launch of the Nord Stream 2 pipeline will lead to a decrease in gas prices in Europe, including for Ukraine.

"This will undoubtedly affect the price on the market, on the spot. All those countries and consumers of these countries that consume Russian gas, will immediately feel it. This also applies to economic participants and households," Putin said after head of Gazprom, Alexey Miller, reported on the completion of the filling of the second string of the gas pipeline with technical gas.