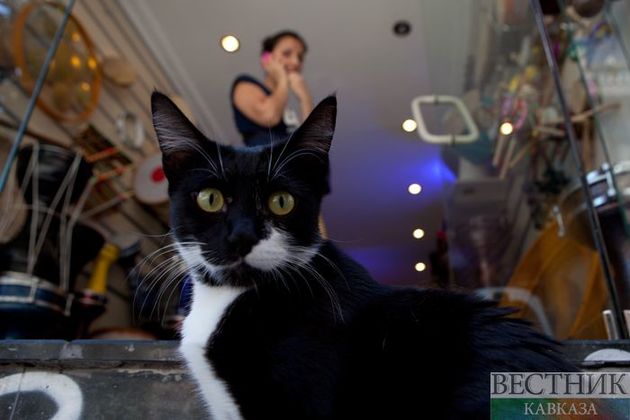 The world’s first animal vaccine against COVID-19, developed by scientists of the Federal Service for Veterinary and Phytosanitary Surveillance (Rosselkhoznadzor), has been registered in Russia, the watchdog’s deputy head Konstantin Savenkov said.

"Carnivak-Cov, a sorbate inactivated vaccine against the coronavirus infection (COVID-19) for carnivorous animals, developed by Rosselkhoznadzor’s Federal Center for Animal Health, has been registered in Russia. So far, it is the world’s first and only product for preventing COVID-19 in animals," TASS cited him as saying.

The mass production of the world’s first animal vaccine against COVID-19 may be launched as early as in April, on the basis of the country’s largest platform to produce veterinary products - the Federal Center for Animal Health, the official said.

According to Savenkov, clinical trials of Carnivak began last October, and involved dogs, cats, foxes and Arctic foxes, minks and other animals.

"The outcome of the research gives us grounds to conclude that the vaccine is safe and has strong immunogenic effect, because all vaccinated animals developed antibodies to novel coronavirus in 100%.

According to Savenkov, Russian scientists continue their research in a bid to find out how long the vaccine’s effect lasts.

"At present, it is estimated to last no less than six months," he said.

Other countries have already shown interest in the anti-coronavirus vaccine for animals, developed by Russian scientists, Konstantin Savenkov said.

"As COVID-19 cases are registered in animals in many countries worldwide, purchases of the Federal Center for Animal Health’s vaccine, are planned by domestic animal-breeding enterprises and commercial firms from Greece, Poland and Austria. Companies from the United States, Canada and Singapore have also demonstrated interest in Carnivak-Cov," he said.

Besides, mass outbreaks of COVID-19 were earlier registered at fur farms. On November 4, 2020, Denmark’s government made a decision to exterminate 17 mln minks for fears they might infect humans with the mutated coronavirus. According to Savenkov, two cases of the novel coronavirus infection in cats have been registered in Russia so far: in Moscow and Tyumen (West Siberia).

"According to Russian scientists, the use of the vaccine can prevent further mutations of the virus, which often occur during the inter-specific transmission of the pathogen. At the same time, it should be noted that so far, there have been no scientific evidence of the novel coronavirus transmission from animals to humans, as the World Health Organization has repeatedly stated," the Russian official said.

In his words, animals can also contract other coronaviruses, different from SARS-CoV-2 that causes COVID-19.