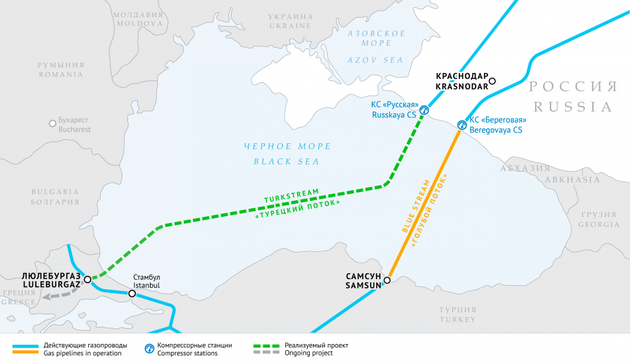 The Bulgarian authorities assured Russia that the Balkan Stream natural gas pipeline, an extension of the Turkish Stream pipeline, will be finished as agreed, by 1 January of the next, Director of the Russian Foreign Ministry's Fourth European Department Yuri Pilipson said.

"Construction of the TurkStream second branch on the territory of Bulgaria is going as planned and, according to the partners, will be completed by 1 January 2021. Prime Minister Boyko Borissov keeps the project's progress under personal control, regularly inspecting construction sites," Sputnik cited Pilipson as saying.

Preparations for the Belene Nuclear Power Plant construction also continue, despite the ongoing coronavirus pandemic, the diplomat added. In June, Russia's Rosatom, France's Framatome and U.S. General Electric signed a memorandum on cooperation in selecting a strategic investor for the nuclear power plant.

In January, Bulgaria’s Energy Minister Temenuzhka Petkova said that the country intended to replace half of the gas volumes imported from Russia with Azerbaijani gas and liquefied natural gas.

However, according to Pilipson, Bulgaria cannot abandon Russian gas imports without legal and economic consequences, as a long-term contract between Gazprom Export and Bulgargaz is in effect until 2025.

Bulgaria's 474 kilometer pipeline will carry Russian gas via Turkey to Serbia and Hungary. Deliveries to Turkey from Russia began in January.