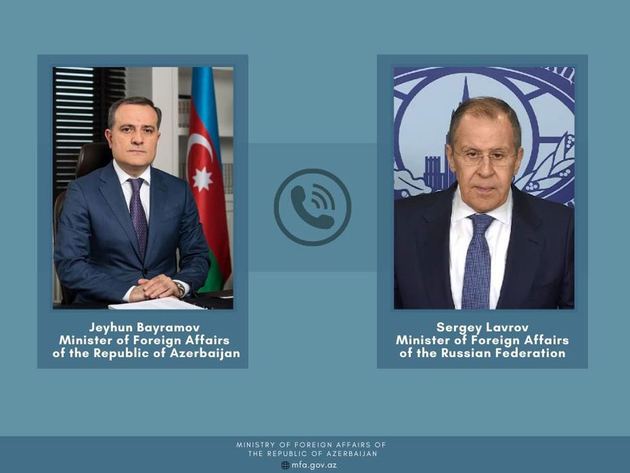 The foreign ministers of Azerbaijan and Russia, Jeyhun Bayramov and Sergey Lavrov, discussed the implementation of agreements on Nagorno-Karabakh and issues of unblocking transport communications in the region in their phone call on Tuesday, the press service of the Azerbaijani Foreign Ministry said.

"A telephone conversation between Azerbaijani Foreign Minister Jeyhun Bayramov and Russian Foreign Minister Sergey Lavrov was held on Tuesday. The sides discussed the implementation of trilateral statements [on Karabakh], including the activity of the working group for opening transport communications," it reported.

The top diplomats exchanged views on the current developments in the region and "emphasized the importance of developing cooperation platform in the 3+3 format with the participation of Azerbaijan, Armenia, Georgia, Russia, Turkey and Iran." A number of issues on the bilateral agenda were also discussed, the press service said.