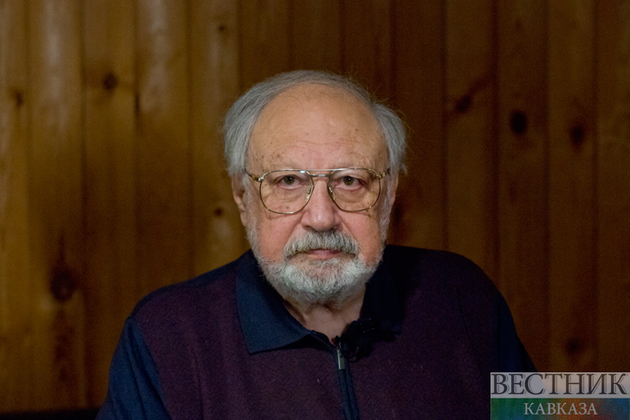 Soviet, Russian and Azerbaijani screenwriter and dramatist Rustam Ibragimbekov died on night of 11 March 2022 after a long illness in his home located in Moscow, according to the Cinematographers' Union of Azerbaijan.

Rustam Ibragimbekov was born in Baku, Azerbaijan SSR on February 5, 1939. He graduated from Azerbaijan Oil and Chemistry Institute, then studied script writing and film directing at the Gerasimov Institute of Cinematography in Moscow. His writing credits include more than 40 film and television scripts, numerous plays and pieces of prose, and nearly all of his scripts were eventually made into full feature or TV films, including White Sun of the Desert (1970).