Saakashvili faints after learning about transfer to prison 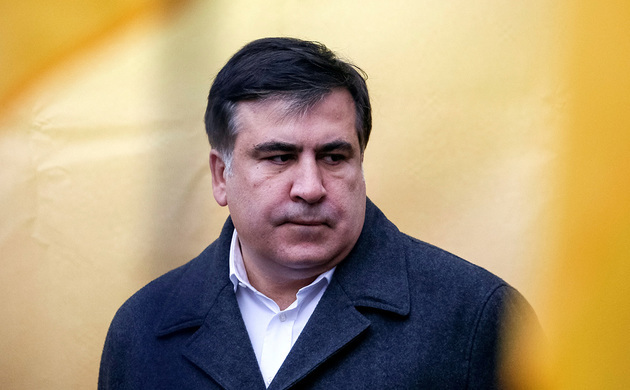 Georgian ex-president Mikhail Saakashvili fainted after learning that he will be transferred back to prison from the military hospital, Georgian Ombudsman’s representative Anna Dzaniashvili told journalists Tuesday after visiting the former president.

Georgian ombudsman Nino Lomdzharia sent her representative to the hospital after Saakashvili’s relatives said they are not allowed to see Saakashvili, adding that this prohibition was probably caused by the plan to transfer the ex-president back to prison.

"I visited Mikhail Saakashvili today," Dzaniashvili said. "He told me that he was visited by some people, who announced their plan to transfer him from the hospital; he resisted and he does not remember anything after that. Once he was brought back to his senses, he was told that nobody plans to move him anymore."

The ex-president returned to Georgia in early October, after which he was detained and put behind bars. Saakashvili called himself a political prisoner and announced a hunger strike. On November 20, he was transferred to a military hospital. Currently, the ex-president is no longer on his hunger strike and receives medical treatment.

Saakashvili left Georgia in 2013; four criminal cases were initiated against him shortly thereafter. On two cases, he was sentenced in absentia to three and six years in prison. Two other cases are being reviewed by the court.