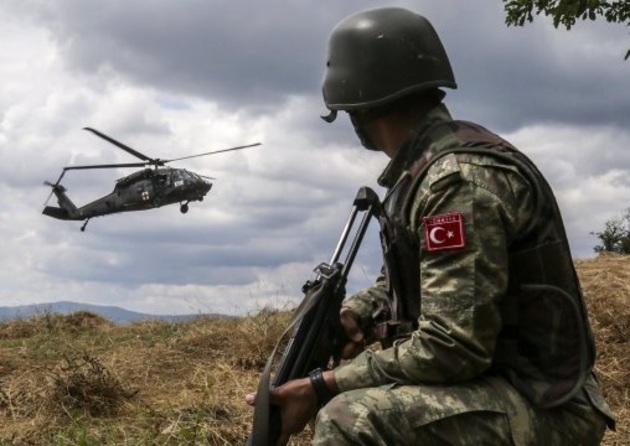 At least three terrorists were "neutralized" in a domestic anti-terror operation in eastern Turkey, the country's Interior Ministry said on Monday.

The ministry said in a statement that the armed terrorists were targeted by local gendarmerie forces during Operation Eren Winter-7.

The action was taken in the rural area of Seyh Habib in Bitlis province, it added.

The ministry did not give any more details, but the PKK terror group has been active in eastern and southeastern Turkey, Anadolu Agency reported.