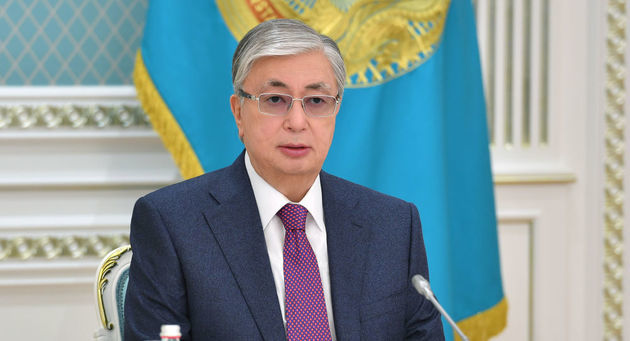 On Sunday, May 15, the President of Kazakhstan, Kassym-Jomart Tokayev, and the new President of the United Arab Emirates (UAE), Mohammed bin Zayed Al Nahyan held a meeting. This was reported in the Kazakh leader's press service.

Tokayev arrived in the UAE to express his condolences to the newly elected President, Ruler of Abu Dhabi, Sheikh Mohammed bin Zayed Al Nahyan, members of the ruling family and the people of the Emirates on the death of the President of the country, Sheikh Khalifa bin Zayed Al Nahyan.

The President of Kazakhstan, on behalf of the people and on his own behalf, expressed condolences and noted the outstanding service of Sheikh Khalifa to the state. Tokayev also drew attention to the fact that Sheikh Khalifa bin Zayed Al Nahyan made a significant contribution to the development of relations between Kazakhstan and the UAE.

During the meeting, Tokayev congratulated Sheikh Mohammed bin Zayed Al Nahyan on his election as President of the UAE and expressed confidence that "under his wise leadership, the UAE will continue to prosper". In turn, the UAE President thanked the head of Kazakhstan for his visit and personal support at this difficult moment, as well as for the fact that a street in Nur-Sultan will be named after Sheikh Khalifa, RIA Novosti reports.

OPEC+ ministers reschedule talks due to lack of consensus

Stabilization through digitalization and normalization in Asia