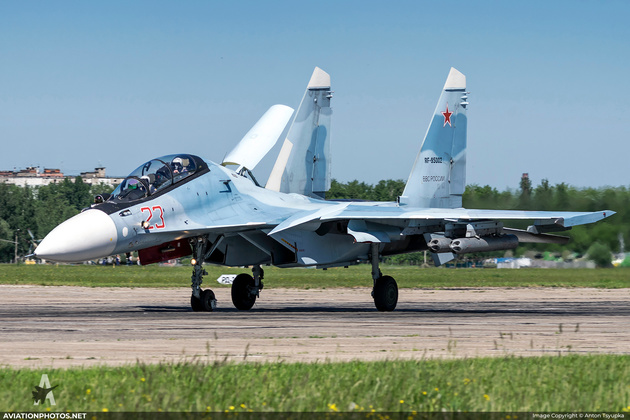 Yesterday, two pilots ejected from a Su-30SM fighter on the ground at the Saki military airfield in Crimea, a source in the security forces informed today.

“On Friday at 18:50, pilots from the Su-30SM were bailed out at the Saki airfield in  Crimea during preparation for takeoff. Both pilots are alive. The aircraft technician was burned,” TASS quotes the source as saying.

Information about the abnormal operation of the ejection system on the plane was confirmed by the Southern Military District.