Turkey is holding events dedicated to the 94th anniversary of a decisive victory in the country’s 1919-1923 War of Independence.

It is the first time civilians have participated alongside the country’s leadership in remembering the 1922 Battle of Dumlupinar against Greek forces.

Deputy prime ministers and prominent judicial figures were also at the Victory Day ceremony, which commemorates the victory which took place in Turkey’s Aegean region on 30 August 1922. 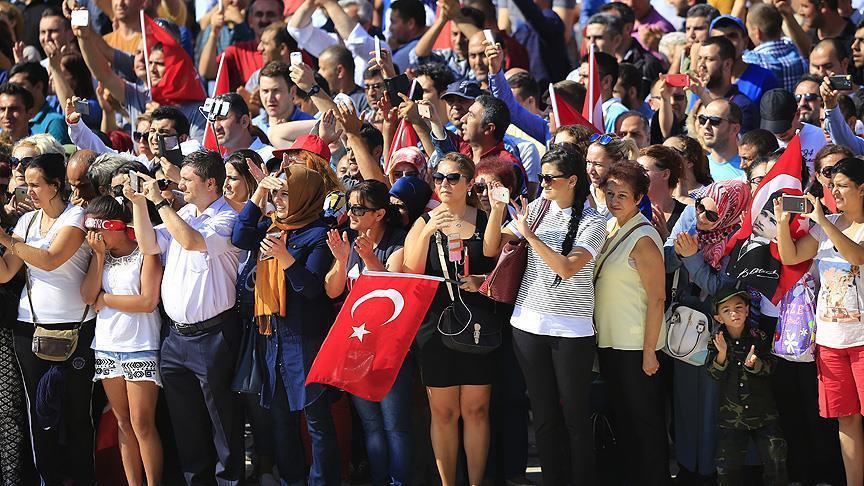 After laying a wreath, Erdogan wrote in Anıtkabir memorial book and said: "Today we commemorate the 94th anniversary of the Victory Day with great excitement and pride. We are trying hard to preserve for all time the Turkish Republic with which you entrusted us despite all poverty and difficulties faced during the War of Independence."

"Our beloved people, like 94 years before, left all their differences aside and became our main source of confidence," the president added.