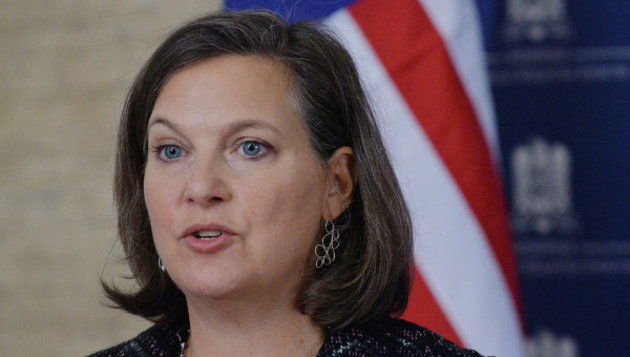 U.S. Under Secretary of State for Political Affairs Victoria Nuland described her talks with Russian Deputy Foreign Minister Sergey Ryabkov, where they discussed both bilateral and global issues, as constructive, Jason Rebholz, spokesperson for the U.S. embassy in Moscow, wrote on his Twitter account on Tuesday.

"Under Secretary Nuland: Constructive meetings today to discuss a range of bilateral, regional, and global issues with mfa_russia counterparts," he wrote.

Ryabkov and Nuland spoke for more than one and a half hours at the Russian foreign ministry on Tuesday. Nuland will stay in Russia on a visit till October 13, and will hold meetings with the Russian presidential aide for international affairs Yuri Uhakov and deputy chief of the presidential staff Dmitry Kozak. Russian Deputy Defense Minister Alexander Fomin took part in Ryabkov’s meeting with Nuland.