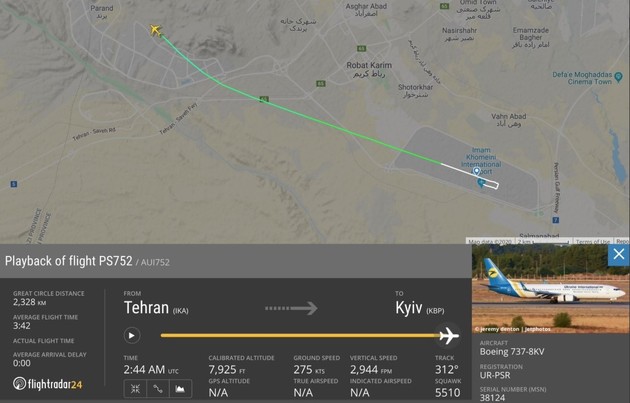 Passengers and crew of a Ukrainian plane crashed at Tehran Airport were killed, the Ukrainian Foreign Ministry said.

"The passengers and flight crew are deceased," the Ukrainian Foreign Ministry’s consular service said in a statement on Facebook.

Prime Minister of Ukraine Aleksey Goncharuk said that over 170 people were on board the plane.

"Now we are specifying the number of Ukrainian citizens who were on board. According to preliminary data, 167 passengers and 9 crew members were on board," TASS cited him as saying.