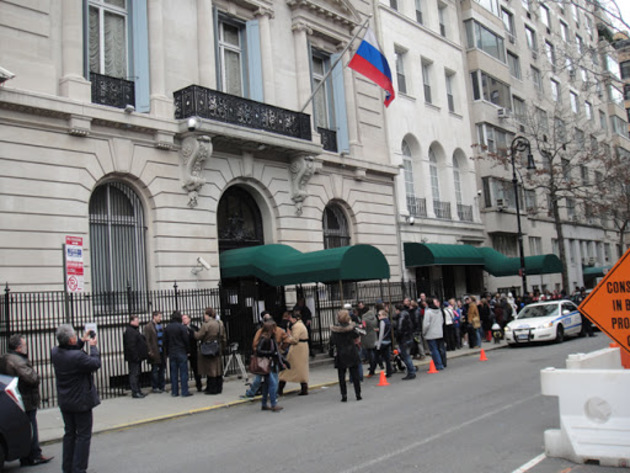 An unknown man has repeatedly carried out steps threatening the life and health of Russian diplomats in New York, the Russian consulate-general said.

According to the diplomats, during his detention on the first day the perpetrator hurled threats against the Russians in the presence of police, but the next day he again threw stones at cars at the consulate-general’s parking lot.

The attacker "has been allegedly detained" but earlier police even failed to write down protocols on him, the diplomatic mission said. "In view of this, the question is why a person, who had repeatedly made threats against Russian staff of the consulate-general each time was freed," the diplomats said.