Utilization of TurkStream up 2.2-fold in one year, 2.5-fold for Europe, says Gazprom CEO 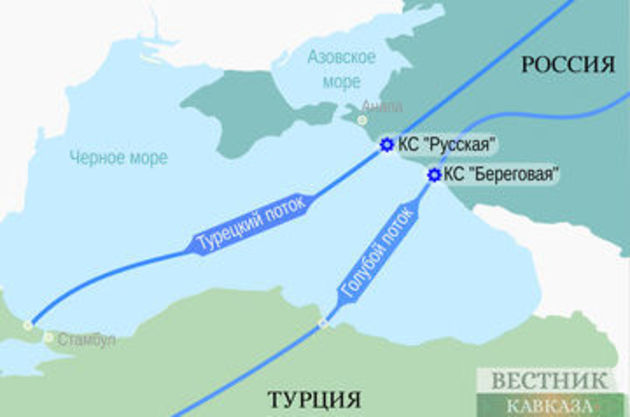 "Today marks one year since the grand ceremony of opening of the TurkStream offshore gas pipeline. It safely transports the Russian gas via the Black Sea for consumers in Turkey and as many as six European states: Bulgaria, Greece, North Macedonia, Romania, Serbia, Bosnia and Herzegovina. Gazprom has increased utilization of the gas pipeline since commissioning 2.2-fold, particularly for European consumers - 2.5-fold," he said.

The TurkStream export gas pipeline runs along the bottom of the Black Sea from Russia to the coast of Turkey. Its throughput capacity is 31.5 bln cubic meters of gas per year. The pipeline is aimed at supplying gas to Turkey and southern and southeastern European countries transiting Turkey.