Why is Biden meeting "enemies"? 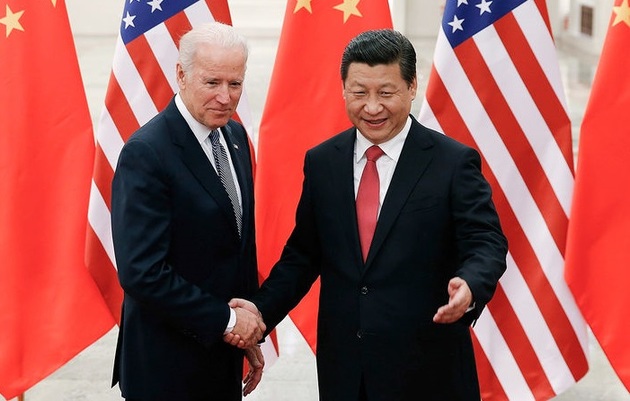 In the US national security strategy and the updated NATO strategy, China and Russia are identified as the main rivals of Washington and the military bloc. This does not prevent US President Joseph Biden from planning meetings with the leaders of each of these countries. What are Biden's real motives?

On November 15, US President Joseph Biden intends to hold a remote summit with Chinese President Xi Jinping. The publication Politico reports about this with reference to a source in the US administration . It is difficult to say how much the information corresponds to reality, since Politico recently spread disinformation about the accumulation of Russian troops near the border of Ukraine. Taking into account that Biden's wanted to meet with Xi since summer, and Xi refuses him, most likely, the White House is really planning a virtual summit. Prior to that, the media reported that Biden was going to meet with Vladimir Putin again.

Does Biden have anything to talk about with Xi Jinping? The same question could have been asked at the June meeting of Biden with Putin, because the United States with both Russia and China has almost insoluble contradictions over a whole range of issues, both foreign and domestic, as well as economic and military.

If we talk about domestic politics, the democrats consider both Russia and China to be authoritarian countries where free speech and human rights are suppressed, the media is limited and the opposition is oppressed. Biden reacted rather harshly to the prison term of Alexei Navalny and imposed sanctions against Russia. In an interview, he agreed that Putin could be called a "killer." One of his first decisions, Biden passed a resolution on the Uyghurs and imposed sanctions against Beijing for their oppression. He also criticizes China for infringing on the rights of the people of Taiwan, Hong Kong and Tibet.

In foreign policy, Biden is not satisfied with the revival of the geopolitical power of Russia and China. Moscow is hindering the "promotion of democracy" in the CIS, it allegedly "occupied" South Ossetia, Abkhazia, Donbass and Crimea. And China, according to Biden, is crushing the Asia-Pacific region. By the way, in the first months of Biden's presidency, China made a deal with the ASEAN countries - the "Chinese CIS", which the United States did not like very much.

In the American attitude towards China, the root of evil lies in the economic plane. America has a huge deficit in trade with the Middle Kingdom, amounting to several hundred billion dollars. Under Donald Trump, the United States imposed trade duties against China, and they have remained in force to this day. Washington does not like "dishonest practices" against foreign business in China forcing foreign companies to share intellectual property and technology.

Military disputes are a separate topic. The United States is extremely unhappy with China's development of ballistic missiles. Therefore, even if Biden extended START-3 with Russia, he does not want to revive the INF Treaty, because the PRC will still remain outside its framework and will strengthen its missile potential. American experts are seriously concerned about the modernization of not only Russian strategic weapons, including hypersonic missiles, but also China's nuclear weapons. The United States, along with Japan, India, Great Britain and Australia, systematically conduct military exercises off the Chinese coast.

Summing up all these contradictions, let us return to the main question: why does Biden need a meeting with Putin and Xi Jinping? The modern world system is designed in such a way that none of the sides are ready for a serious escalation. China, USA and Russia are three nuclear powers. To achieve something, threats and sanctions alone are not enough. Russia can always respond to NATO attacks in Ukraine, and China in its region. And in order to reduce the escalation, which is dangerous for the US allies in Eurasia, Biden has to communicate even with the official "enemies."

In addition, let's not discount the old plan of American presidents to play one rival against another. It has not yet been possible to reach an agreement against China with Russia. That's why now Biden will most likely probe the soil in Beijing. Will it work?

Israel-China trade under US preassure?