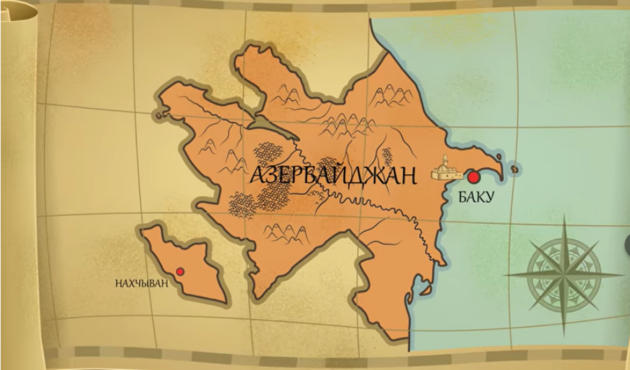 The creators of the Russian animated series 'Masha and the Bear' - Animaccord Animation Studio - released the episode about Jirtdan, who is the most popular fairy tale character among the children's tales in Azerbaijan.

Today was also reported that Russia’s Masha and the Bear cartoon series has gotten ahead of Peppa Pig and PAW Patrol in the global rating of children-oriented content, taking first place in the charts of the Parrot Analytics international research agency.

"According to the data of a global survey, during the last 60 days Masha and the Bear has been the number one children’s show worldwide, overtaking such foreign hits as Peppa Pig, PAW Patrol and Sesame Street," TASS cited the press service of the Animaccord company as saying.

The rating, published by Parrot Analytics, includes the most popular shows for pre-school children worldwide. It is based on monitoring over 10,000 shows represented on the analytical platform and measured by online requests for children’s content worldwide during the last two months.

The Masha and the Bear cartoon series has been translated into 43 languages. According to the Kidz Global international research agency, it is one of the top three most beloved entertainment brands for children in Europe, the Middle East and Africa.