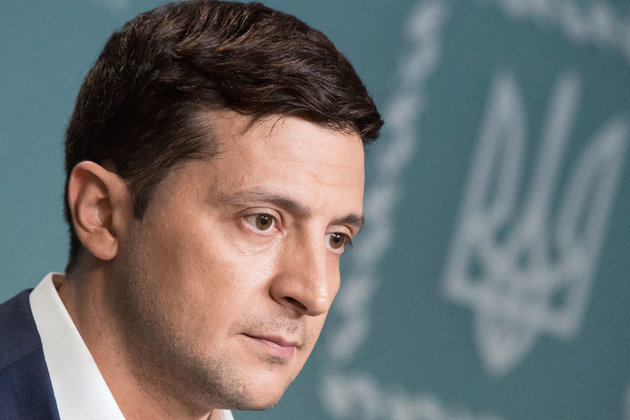 Ukrainian President Vladimir Zelensky has said that the country’s oligarchs in fact pronounced a verdict to themselves by urgently leaving the country.

"There is a great problem with the oligarchs. They have passed a sentence on themselves," Zelensky told a joint news briefing following talks with Germany’s Federal Chancellor Olaf Scholz on Monday.

He urged those big business tycoons who had fled the country to return to their enterprises.

Also, he described as erroneous the decision by some foreign diplomats to move to western Ukraine in the context of current tensions. "It is a big mistake some embassies are moving to western Ukraine. Ukraine is one. It is integral. Should something happen, God forbid, it will happen everywhere," Zelensky warned.

In particular, he stressed that his own family remained in Kiev. "My family is always with me. It is always with Ukraine. Nothing pathetic about this. I am the president and my wife is not just my wife, but the country’s first lady as well, and she is obliged to set an example of how all other families should behave," Zelensky said when asked for his opinion about the evacuation of diplomats and the departure of Ukrainian businessmen from the country.