Presidents of Armenia, Russia and Azerbaijan to have negotiations in St. Petersburg 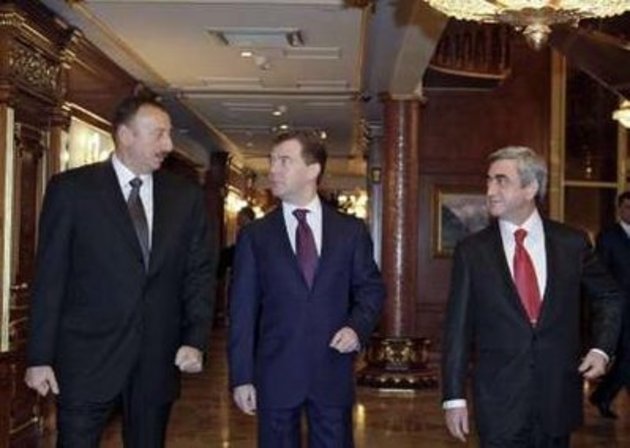 A trilateral meeting of presidents from Armenia, Russia and
Azerbaijan, Serzh Sargsyan, Dmitri Medvedev and Ilkham Aliyev, will
take place in St. Petersburg on June 17-19, News Armenia reports,
citing the press-service of the Armenian president.

The presidents will participate in the annual international economic
forum. A previous trilateral meeting took place in Sochi in January.

The Armenian president will participate in celebrations of the 300th
anniversary of the Armenian community in St. Petersburg. The president
will meet the head of the community and participate in an exhibition
of ancient Armenian books in the national library of Saltykov-Shedrin.

He will also participate in the signing of a cooperation program
between the universities of St. Petersburg and Yerevan.

Serzh Sargsyan will go to a concert at the Mariinsky Theatre,
dedicated to the 300th anniversary of the Armenian community in St.
Petersburg, and make a speech at the Tavricheskiy Palace.