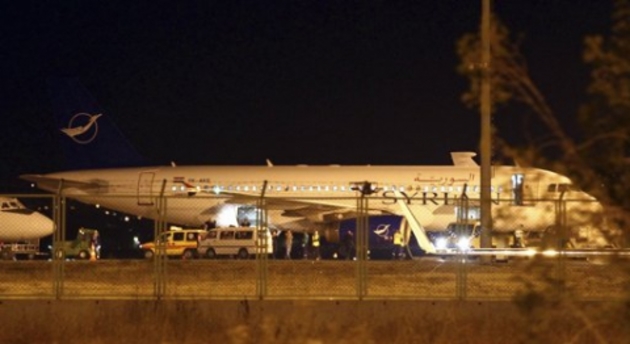 Turkish F-16 fighters forced a Syrian Airbus A-320 flying from Moscow to Damascus to land in Ankara. There were 35 passenger, 17 of them were Russians, including children. Turkish authorities inspected the plane for 5 hours.

Leonid Gusev, a senior scientist of the Institute for International Research of MGIMO, told Vestnik Kavkaza that Turkey was both assuring that it did not want escalations and was being used by NATO to aggravate it at the same time. Russia and China do not allow NATO to repeat the Libyan scenario by vetoing its decisions at the UNSC. NATO is trying to use any moments to escalate the conflict, such as inspection of the plane, Turkish artillery shots at Syria, approval of foreign operations. Turkey needs a critical point to justify intervention in Syria, he assumes.

Vladimir Yevseyev, Director of the Center for Socio-Political Studies, believes that the situation is an attempt to pressurize Russia. Turkey wants Russia to stop supporting Syrian President Bashar al-Assad, he says.

Gusev notes that Turkey and Russia have good ties and such contracts as the Blue Stream and the South Stream corridors. Russian tourists are numerous in Turkey. Turkey is trying to hint that Russia should change its attitude towards Syria.

Spokesman of the Russian Foreign Ministry said that Moscow was insisting on presentation of reasons for inspecting the plane, RIA Novosti reports.