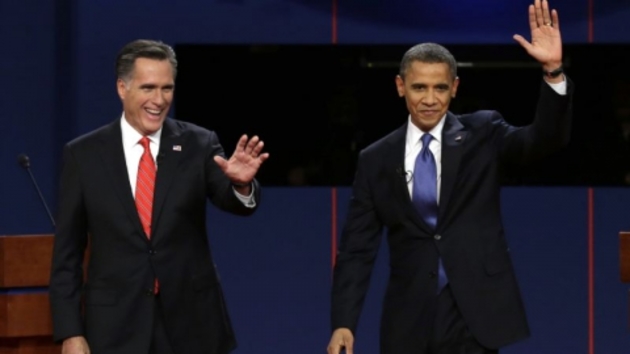 According to social poll results published by Pew on Tuesday, Mitt Romney (Republican) had 49% of preferences, while Obama had 45%. Romney gained more popularity after the debates on October 4. Paul Ryan’s further talks were appreciated by 4% more TV viewers, compared with that of Vice President Joseph Biden.

Vladimir Yevseyev, Director of the Center for Socio-Political Studies, said that Romney’s victory was a result of his rude behavior and perversion of facts. He compared the Republican candidate with Russia’s Zhirinovsky, who does not listen to arguments of opponents. Yevseyev supposes that Obama’s focus on charisma failed.

The expert believes that Romney’s victory would not become a catastrophe for Russia or the Middle East. Negotiations with Romney as an enemy would be a lot simpler. While Obama is neither an enemy, nor a friend. Difficulties may occure if Romney takes George Bush’s steps and stresses on force.

The political analyst reminds that the forces will still leave Afghanistan and it would become a problem. Solution of the Iranian nuclear program or the Syrian crisis using force would become hard.

Yevseyev says that Romney’s promises cannot be realized. It is a road towards a dead end. Funds provided for alternate energy sources could be used by oil companies to increase extraction.

Although there Russia has nothing to worry about, development of Russian-US ties would go better under Obama’s presidency. Relations with Romney would resemble a very cynical competition.

The expert pointed out the changes in the Congress. The Republican Party may get the majority and complicate the situation for Obama. The Congress plays an important role in budget formation and administration, Yevseyev notes.