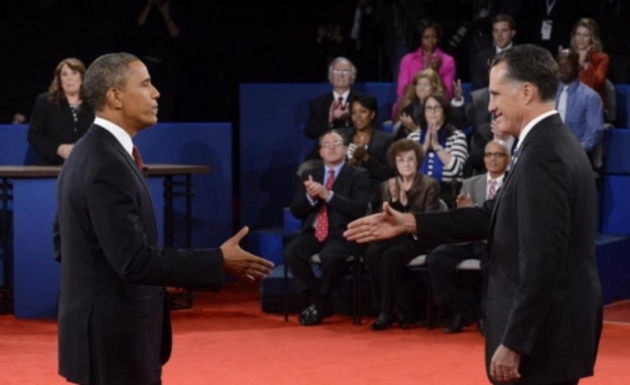 The president took the mistakes made at the debates on October 3 into account and showed more active arguments, accusing the opponent of poor knowledge of foreign and home policy.

Vladimir Yevseyev, Director of the Center for Socio-Political Studies, told Vestnik Kavkaza that Obama was a very intelligent man who needed to change behavior for the second round of debates. Romney won the first round via rude behavior.

Romney called for energy independence of the country and accused Obama of keeping the prices for fuel high and remaining dependent on hydrocarbon imports. Romney wants to increase oil extraction in the US and increase production of energy using traditional fuel. Obama wants to invest in new, eco-friendly and renewable energy sources.

Romney also accused Obama of supporting interests of oil companies covered by calls for reduction of unemployment and oil imports.

The republican candidate accused Obama of being unable to resolve the problems in the Middle East. The president said that murderers of Ambassador Chris Stevens in Benghazi on September 11 will be caught and punished, RIA Novosti reports.

The democratic candidate criticized Romney for his attitude towards China and his plans to punish the Asian state for currency manipulations and trade. Romney, as head of Bain Capital, transferred many workplaces from the US to China and India.

Romney and Obama will have the next round of debates on October 22 to discuss foreign policy.