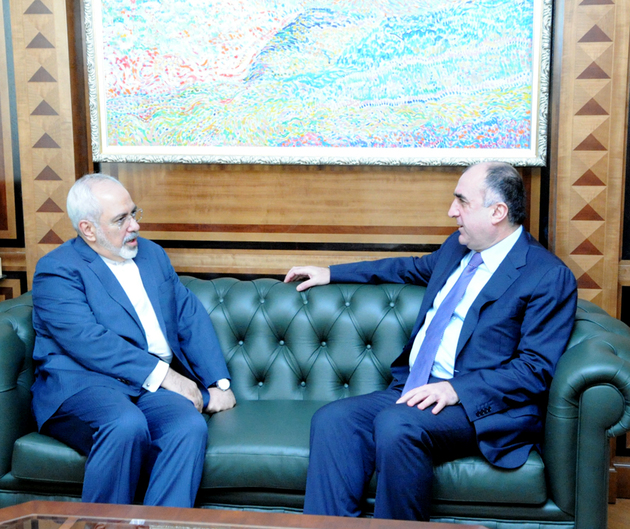 “I briefed the Iranian foreign minister about the negotiation process on the settlement of the Nagorno-Karabakh conflict,” said the minister.

Mammadyarov added that Azerbaijan and Iran are bound by historical roots and the relations between the two brotherly nations should continue.

Also the minister said that Baku will host the bilateral meeting on the status of the Caspian Sea.

According to Iranian Foreign Minister, the relations with neighboring countries are the priority of Iran’s foreign policy.

“The relations with Azerbaijan are of particular importance for Iran. We should strengthen the relations between our peoples and make efforts to restore security in the region,” Trend cited Zarif.