Britain's nightmare economy of the 1970s may be making a comeback 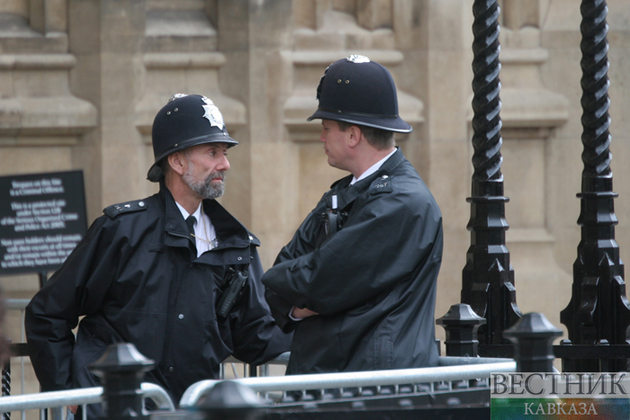 UK consumer price inflation surged to 5.1% in November, its highest level in more than a decade, according to the Office for National Statistics. Prices are outstripping wage hikes and presenting a dramatic challenge to the Bank of England as it grapples with a stalling economy and a new surge of coronavirus infections, CNN reports.

November's CPI reading was much stronger than the 4.7% economists had expected, and the highest since September 2011. Record gasoline prices were a major contributor to the sharp rise in inflation. But retail prices of a broad range of goods also surged, including clothing, food, used cars, alcohol and tobacco, as well as books, games and toys.

Cost pressures show no sign of easing — prices of good leaving UK factories jumped 9.1% in November, the highest rate of producer inflation in more than 13 years. And the worker shortage got even worse last month with vacancies hitting a new all-time high of nearly 1.2 million.

Samuel Tombs, chief UK economist at Pantheon Macroeconomics, said that inflation should remain near November's rate over the next four months, before soaring to 6% in April and then falling sharply. Tombs said the shock inflation numbers are "uncomfortably high" for the Bank of England, which would normally respond to surging inflation by hiking interest rates from the record low of 0.1%. It meets on Thursday to decide monetary policy, just a day after the International Monetary Fund urged it to raise rates.

Higher official interest rates can raise the cost of borrowing for businesses and households, as well as encouraging people to save more, thereby helping to reduce inflation. But they can also take some of the heat out of the economy, and the rapid spread of the Omicron coronavirus variant may force the central bank to hold fire until it can assess the damage. "The quick ascent of ... inflation over the last four months probably will not panic the [central bank] into raising interest rates this week, given that the full extent of the economic damage wrought by Omicron is still unknown," said Tombs.

Rising inflation is bad news for British workers, who had seen wages rise strongly during the recovery from the first waves of coronavirus but now confront sticker shock at the shops. Early estimates suggest that median monthly pay increased 4.7% in November over the previous year — less than the 5.1% inflation rate. Many employees will also be hit by tax hikes early in 2022.

Brian Reading — economic adviser to former UK Prime Minister Edward Heath in the 1970s, the last time Britain experienced a prolonged period of stagflation — warned in October that the country faced a dangerous moment as scarce skilled employees, public sector workers and retirees demand rises in pay and benefits to make up for the lost income. "Price inflation is gathering momentum," he wrote in a commentary for the OMFIF economic policy think tank. "All now depends on whether this triggers a full blown wage-price-pensions-tax-sterling depreciation spiral."

Inflation is now running at more than twice the Bank of England's 2% target level, while economic growth is slowing. UK GDP grew by just 0.1% in October, with output still 0.5% below its pre-pandemic level. While economists expect inflation to ease in the second half of next year, there is some evidence "of more persistent price pressures," according to Paul Dales, chief UK economist at Capital Economics.

"The further acceleration in core producer output price inflation ... suggests that the rises in global costs and the influence of product shortages are still boosting price pressures further up the inflation pipeline," he said. Still, Dales expects the Bank of England to wait for more information before hiking interest rates.

"Inflation is close to being further above the target than at any point since the UK started targeting inflation in October 1992. This makes tomorrow's interest rate decision look closer, but on balance we think the Bank of England is more likely to keep rates at 0.10% until it learns more about the Omicron situation," he said.

Media: London thinks about withdrawing from nuclear deal with Iran