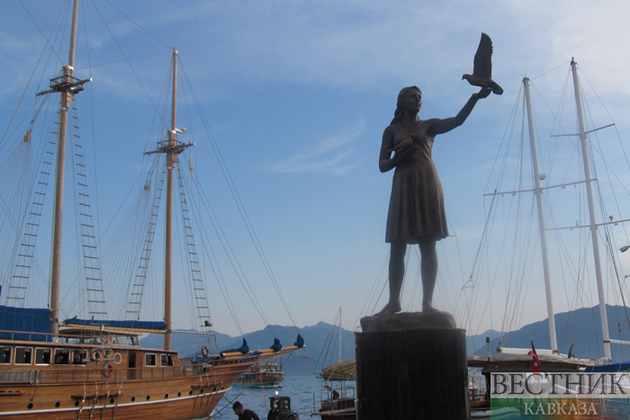 Ankara’s shift in its Middle East road map is a response to both regional and global factors related to several issues ranging from security to economy, Daily Sabah writes.

Turkish foreign policy mainly aims to protect its interests in a strained global and regional environment. Turkey always tried to create conditions for sustainable peace and development with both neighboring and more distant states. Ankara has recently become more involved and active in the Middle East. Some analysts are of the view that this change indicates Turkey is moving away from the West, as they observe that Turkey's confidence in the region is mismatched with its Western coordination. However, others believe that security, power projection, rational considerations and a mix of national interests have forced Turkey to drive its foreign policy toward the Middle East.

After the Arab uprising, regional geopolitics and security challenges opened new channels for Turkish foreign policy, which led Ankara to even get involved in the region. It started humanitarian and economic engagements. With the passage of time, Ankara’s involvement in the Middle East has extended and it has become the third party in the regional conflicts. To normalize ties with the Middle Eastern countries, especially with Saudi Arabia, the United Arab Emirates (UAE) and Israel, would open new channels for augmenting Turkey’s diplomatic, strategic and economic assets in its foreign policy.

A shift and a response

The shift in Ankara’s Middle East policy is a response to external factors – both regional and international, and domestic issues related to security and economy. Turkey has begun to change its positions and restart its relations, which had previously been based on hostility.

Washington has always remained a key player in the Middle East, but the United States administration under President Joe Biden prioritized East Asia, focused on its own domestic matters and has pushed away diplomacy in the Middle East, unlike the previous Donald Trump administration. In the meantime, the U.S. has started reevaluating its military forces from the region. The U.S. has made it clear that it will not be part of the Saudi intervention of Yemen, and Washington may go back to the nuclear deal with Iran.

These changes triggered and pushed Turkey, Saudi Arabia, Qatar, Egypt and the UAE towards a de-escalation process. On the other hand, Russia's growing influence and the U.S. decreasing engagement in the region pushed Turkey to act it to balance between the two. Turkey has a long relationship with the U.S. and Russia, but with some differences – however, it has maintained a good balance in Syria and Libya. In this context, Ankara’s Middle East policy has shifted into a new track to rebalance the region.

Last year at the Gulf Cooperation Council (GCC) Summit, Gulf countries signed the Al-Ula declaration and formally ended the dispute with Qatar. This regional development created further encouragement for Ankara to take the plunge with Riyadh, Cairo and Abu Dhabi. Since then, Turkey and Qatar have started negotiations with Saudi Arabia, Egypt and the UAE for reconciliation.

Saudi Arabia is one key regional player in the Middle East region. The good relations between Ankara and Riyadh would prove to be a game changer for this region. The cooperation initiative has been started between Ankara and Riyadh, their relations have appeared in a positive dynamic after a phone conversation between President Recep Tayyip Erdoğan and Saudi Arabia’s King Salman ahead of a G-20 leaders summit in 2021. Recently, Erdoğan visited the UAE for bilateral and economic cooperation with a flurry of agreements during his first visit to the Gulf state since 2013. No doubt, Riyadh also wants close relations with Ankara.

The normal ties between Riyadh and Ankara would take preference over all regional reconciliation efforts. This move would be a good option for Saudi Arabia to get much-needed space to enhance its capacity for political activity, connectivity, and cooperation with various other regional states, which are perceived as Riyadh’s rivals. Better relations between both states would open new economic, political and defense opportunities, where Saudis may retain their traditional regional role and effectively deal with security challenges.

The regional power game between the main stakeholders of the region is persistent strategic competition, which will only destabilize their diplomatic positions, and create more economic cost than benefits. The current developments and the changing nature of their regional de-escalation approach is a sign of a reconciliatory drift in the region, which will normalize the strategic and economic situation in the region.

To sum up, regardless of the problems in balancing Saudi Arabia, Iran and Israel, the current change in the foreign policy of the Middle East is a good option for Turkey to move forward with win-win cooperation. Certainly, Turkey possesses such capability to go with Middle Eastern countries for their collective cooperation.

Turkey normalizing its relations with its neighbors