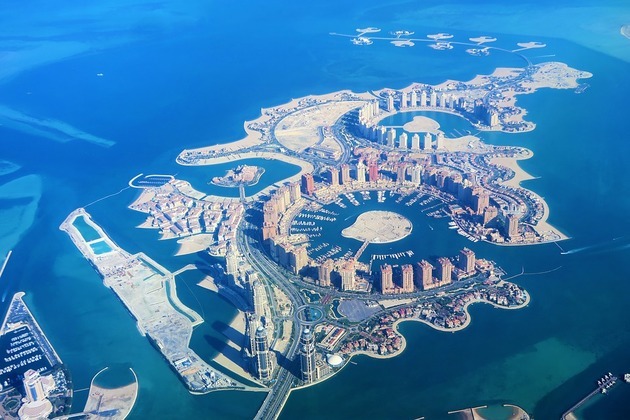 Despite strengthening relations with US, Qatar still reluctant to join other regional states in establishing formal ties with Israel, Middle East Eye writes.

Qatari Foreign Minister Sheikh Mohammed bin Abdulrahman Al Thani on Wednesday ruled out the possibility of his country normalising relations with Israel. Al Thani told the Axios news site that Doha had maintained ties with Israel "when there were prospects for peace" with the Palestinians, but that his country "lost hope" after the 2008-2009 Gaza war.

He added that Qatar would continue with its "working relationship" to help the Palestinian people, but that it was difficult to envision joining the Abraham Accords "in the absence of a real commitment to a two-state solution".

Qatar has emerged as a linchpin of US President Joe Biden's policy in the region as Washington’s ties with other Gulf partners, such as Saudi Arabia and the UAE, have been strained over differences on the war in Yemen, ties with China, and Riyadh’s 2018 murder of Middle East Eye and Washington Post journalist Jamal Khashoggi.

The country helped evacuate US citizens and thousands of Afghans during the chaotic US withdrawal from Afghanistan last year and has gone on to become the US diplomatic representative in the Taliban-ruled country.

Qatar’s profile has risen in the US domestically as well. On Monday it signed a $30bn deal to purchase aircraft from the US company Boeing and its wealth fund aims to invest $10bn in US infrastructure.

On Monday, Biden announced he would designate Qatar a major non-Nato ally in a meeting with the country’s leader Sheikh Tamim bin Hamad Al Thani at the White House.

But Doha’s resistance to establishing formal ties with Israel indicates how the country is still trying to balance its place as a dependable US ally with its image as a gas-rich Gulf state that at times has charted an independent foreign policy leaving some in Washington uncomfortable.

In 2017, Saudi Arabia, the United Arab Emirates, Bahrain and Egypt blockaded Qatar for its support of Islamist groups and "terrorism". Its rivals had a series of demands, including Doha shut down the state-backed Al Jazeera news network, sever ties with the Muslim Brotherhood and curtail its military cooperation with Iran.

Although tensions have cooled recently with the lifting of the embargo last year, differences in Qatar’s approach to regional crises, such as the one with neighbouring UAE, continue.

Abu Dhabi has led the way, along with countries such as Jordan, in reviving ties with Syrian leader Bashar al-Assad who, despite the backing of Iran, is seen as a secular ruler and potential partner in stemming further instability from his war-ravaged country. Qatar was one of the most prominent backers of rebel groups that tried to topple the Syrian government and has ruled out normalising relations with Assad.

While that position may place it in line with the White House, its resistance to establishing ties with Israel goes against broad bipartisan support in Washington for the 2020 Abraham Accords normalisation agreements.

Qatar is a key backer of Hamas, which is designated a terrorist organisation by the US and its allies and governs the blockaded Gaza Strip. Israel in the past has allowed millions in cash infusions from Qatar to Hamas to maintain fragile ceasefires with the group. Some US lawmakers have cited Qatar’s support for Hamas and the Muslim Brotherhood as reasons for blocking a $600m arms sale of Predator drones to the country.