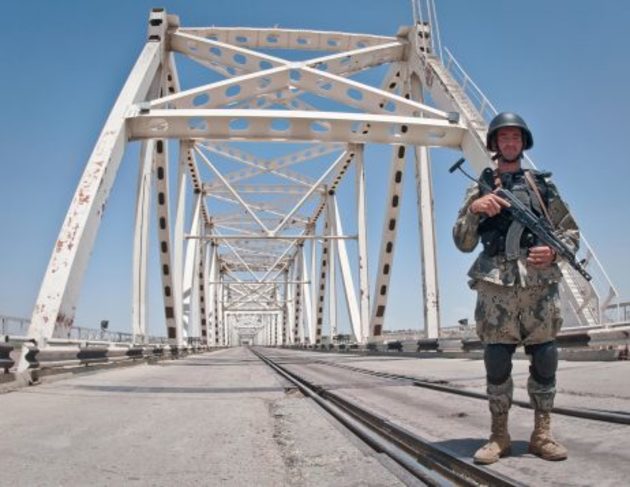 The states of Central Asia bordering Afghanistan, particularly Tajikistan and Uzbekistan, are walking a political and security tightrope. On the frontlines of a state in tumultuous flux, both Dushanbe and Tashkent are working all sides to extract some modicum of stability from the situation, The Diplomat reports. This has resulted in hedging policies in which the two countries are willing to serve as a transit point for those leaving Afghanistan, but not willing to accommodate refugees for very long.

Both countries have assisted with U.S. and European evacuation efforts, allowing flights to land and some Afghan refugees to stay temporarily. But “temporarily” is the key word. Central Asia isn’t planning to accommodate large numbers of Afghans. Doing so would could complicate relations with the new presumed powers-that-be in Afghanistan, the Taliban, as well as put a strain on governments struggling already with a litany of pre-existing economic and pandemic problems.

In Uzbekistan, the tenuous position of a group of Afghan pilots, the families they fled Afghanistan with, and the planes and helicopters that transported them to Termez illustrates the tight political position for Uzbekistan.

Satellite imagery, as reported by Jane’s, indicated the appearance of at least 26 helicopters and 21 small fixed-wing aircraft in Termez on August 16. Based on those images, they suggested the aircraft included 11 C-208 utility aircraft and 10 A-29 Super Tucano light attack aircraft, along with up to 16 Mi-17, five Mi-25, and five UH-60 Black Hawk helicopters. Uzbek government reports, some of which were later denied, stated that 585 Afghan servicemembers came on the aircraft. Later reports suggest that the number includes families. There has not been much clarity on this point.

A recent Wall Street Journal report explained that officials have said that “Uzbekistan is urging Washington to act quickly to take the pilots to a third country to avoid inflaming relations with the Taliban in neighboring Afghanistan.” The WSJ report noted that the Taliban have called for the aircraft to be returned to Afghanistan. Representative August Pfluger of Texas, who serves on the House Foreign affairs Committee and is a former U.S. Air Force pilot, has been pushing for the U.S. to do more to help the pilots and their families. According to the WSJ, Pfluger said the message from the Uzbek side is that the pilots “don’t have to go home, but they can’t stay here.”

The Uzbek government has engaged the Taliban in recent years, joining the international chorus calling for a negotiated solution to the war in Afghanistan. That dialogue has continued, with Uzbek President Shavkat Mirziyoyev saying last week that communication with the Taliban is “natural” and this situation was expected. Mirziyoyev highlighted Uzbek efforts to not just talk with the Taliban but provide aid to the Afghan people: “Because now the people of Afghanistan are in need of help. If they strive for peace, we will help them. We will deliver food products from other countries by train, and we ourselves will also contribute to this.” Mirziyoyev noted that the only railway to Mazar-i-Sharif passes through Uzbekistan.

Meanwhile, Tajikistan has agreed to accommodate Afghan refugees on a temporary basis. RFE/RL’s Tajik Service reported on a tent camp set up near the international airport in Kulob. According to that report, in the past two weeks around 2,000 people were evacuated to Kulob from Kabul, with more than half already moved on to third countries. The Tajik government has said it would not recognize a non-inclusive Taliban government in Kabul, and unlike Uzbekistan Dushanbe has not engaged the Taliban in sustained dialogue in recent years. Nevertheless, Tajikistan does not seem likely to admit large numbers of Afghan refugees, and those it does allow entry will be expected to be moved along by Western partners.

The final U.S. military forces withdrew just as the clock turned over to August 31, leaving the Taliban in control of Kabul. How stable the Taliban’s dominion in Afghanistan will be is a matter of great concern, with the Islamic State Khorasan (ISK or ISIS-K) group likely to continue attacks. The Taliban have reportedly asked the Turkish and Qataris for assistance in running Hamid Karzai International Airport in Kabul, which at present isn’t operational. (As far as I’m aware, the Taliban don’t have air traffic controllers on their payroll.)

The United Nations Security Council, with Russia and China notable abstentions, called on the Taliban to allow people to leave Afghanistan and permit humanitarian aid to arrive in the country. While the U.S. military evacuation has ended, if and when the Kabul airport resumes flights Afghans may still have an avenue out of the country. Given Afghanistan’s landlocked reality and its few airports, the willingness of neighboring states — like Uzbekistan and Tajikistan — to continue to support Afghans wishing to leave will be critical.

Importantly, both countries have been wary of allowing overland crossings. Eurasianet reported yesterday that Tajikistan has suspended cross-border travel until September 20, when it celebrates its 30th independence day. The Uzbek border is also closed, with a Foreign Ministry statement saying that no land crossings will be allowed.