Countries of the former Yugoslavia afraid of being left without electricity 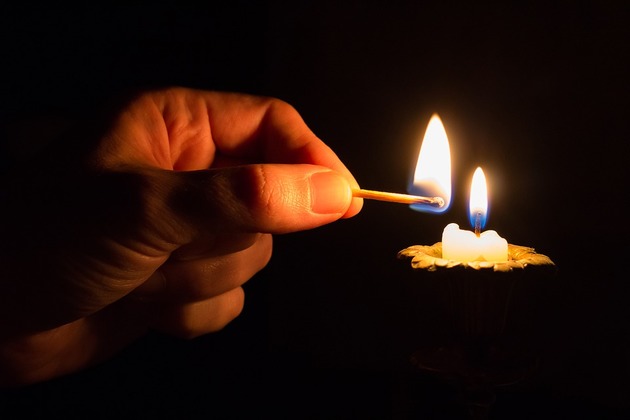 As a number of Western Balkans countries face severe energy crises, in the midst of winter, consumers are crossing fingers that their lights and heating will be kept on. Balkan Insight writes that Kosovo, public attentions has focused on a looming energy crisis, as power plants struggle to handle the increased demand for energy for heating in winter.

Prime Minister Albin Kurti on Wednesday said the government would allocate funds to cover the import of more energy, in an attempt to avoid outages and price hikes. “Kosovo depends on imports to keep the lights on… We will do our best to keep energy the supply and avoid any increase in prices,” Kurti said after the energy regulator, ERO, green-lighted a request to review the prices. A 5-per-cent increase in energy prices is likely as a consequence.

Government calls for consumers to save energy have been mocked on social media, however, after Minister of Economy Artane Rizvanolli appealed to people to keep electronic devices, including PlayStation joysticks, off, when not in use. “The new generation of video games could have a great impact on the energy used in your home. The problem is the hidden cost of energy, when they are not in use and are on stand-by,” Rizvanolli said.

Kosovo mostly depends on coal for its energy – around 97 per cent. The rest comes from wind farms and hydro-power plants. When asked what he used for heating, Prime Minister Kurti on Wednesday gave an unusual answer. “Last night, when I got back home very late, I used a blanket for heating”.

In Serbia, the first snowfall this winter and problems with the supply and quality of coal recently left tens of thousands of households without electricity or heating. After 136,000 users lost their electricity supply and 2,000 transformer stations stopped functioning on Tuesday, a state of emergency was proclaimed in nine municipalities. The situation has since improved.

Beside the issue of bad winter weather, another reason for the problem was that the Serbia’s thermal power plants, TENT A and TENT B, had been using poor quality coal, mixed with mud and clay, which damaged blocs in the power plants. Minister of Mining and Energy Zorana Mihajlovic said that Serbia is still in a serious energy crisis, and large and urgent investments in the electricity system are needed: "Electricity distribution needs much more money to maintain the distribution network, so that we can calmly welcome every winter, and not suddenly have almost 130,000 people left without electricity”.

After declaring an energy emergency in November, North Macedonia has since allocated some 65 million euros for energy producers and suppliers. The national Energy Regulatory Commission is to decide on prices next week. Large-scale restrictions on power use are not an option and will only worsen matters, the head of the Energy Regulatory Commission, Marko Bislimoski, warned on Tuesday. “If we introduce restrictions, energy suppliers who work on the free market, which covers some 50 per cent of electricity demand, will have no way of charging for the electricity they have already purchased, and will cancel their deals, so this energy, instead of Macedonia, will end up somewhere else,” he explained.

The situation was most critical in November, but the authorities now say that thanks to an increased supply of coal, mainly from Kosovo, which produces most of its electricity from coal, the country can satisfy demand for now. Last week, Economy Minister Kresnik Bekteshi visited neighbouring Kosovo where he hoped to secure even more coal to get through the winter.

Montenegro’s energy sitation is more relaxed. The country’s Electrical Power Company said on December 10 that the situation was stable and there would be no restrictions or sudden increases in electricity bills. According to the company’s data over the last year, Montenegro was producing 97 per cent of its needs for electricity, mostly from the coal-fired power plant, Pljevlja, and two hydro-power plants, Piva and Perucica.

In Albania, among the first countries in the region to declare an energy crisis, in early October, winter usually brings some relief, as the country’s energy production depends on the level of water in the rivers. According to the Institute of the Statistics, INSTAT, electricity production increased this year in Albania, but network losses increased, too. From January to September this year, energy production reached 7.4 billion kWh marking an increase of 84 per cent comparied to the same period in 2020.