Five of the Arab world's most impressive libraries 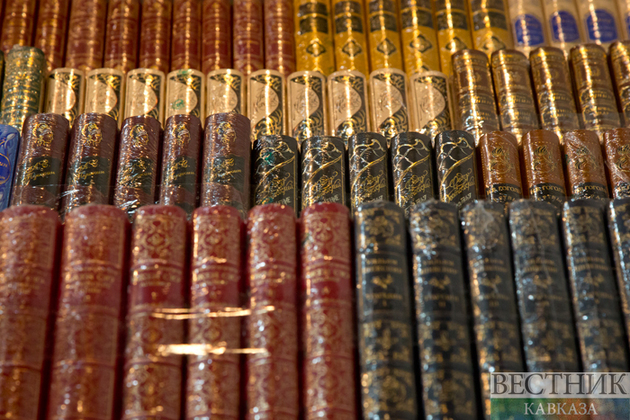 When it comes to libraries, the Arab world has a strong pedigree; the Iraqi capital of Baghdad was once a centre for learning in the medieval Islamic world and home to the House of Wisdom (Bait al-Hikmah), a library that housed more than 400,000 books until its destruction by the Mongols in 1258. Further back, the Library of Alexandria in Egypt housed a similar number of books and scrolls from the third century BCE until it gradually succumbed to multiple fires and battles in the early first millennium CE.

The imperative to read and pursue knowledge is established in early Muslim scripture with Islamic tradition holding that the first word revealed to the Prophet Muhammad by the Archangel Gabriel was the command to "read". From Qatar's National Library to Alexandria's modern 'Bibliotheca', Middle East Eye writes about some of the region's largest collections

The Library of Alexandria contained one of antiquity's greatest collections of scrolls and books and its loss through fire, neglect, and war is considered by some historians to be a tragedy that set human progress back centuries. While most of the contents of the library are lost to history, in the late twentieth century Egyptian officials in the northern city decided to commemorate the old library by building a modern counterpart. In 1974, a committee was set up to look into the construction of a new institution and by 1995, work on the Bibliotheca Alexandrina had begun. The Egyptian government, UNESCO, and Alexandria University joined forces and collaborated throughout the initiative, with the aim “of re-establishing Alexandria as one of the great intellectual and cultural centres of the twentieth century".

With a budget of $220m, the Bibliotheca Alexandrina was finally officially inaugurated in October 2002. With shelf space for approximately eight million books, a main reading room that sits beneath a 32-meter-high glass-panelled roof, and walls carved with characters from 120 scripts, the library is just as much a tourist attraction as a haven for book lovers. The library’s collection is trilingual consisting of books in Arabic, English, and French. In 2010, it received a donation of 500,000 books from the national library of France, Bibliotheque Nationale de France, making Bibliotheca Alexandrina the sixth-largest francophone library in the world. While regarded as a huge cultural and educational achievement for Egypt, the library has also received significant criticism. Some argue the project simply functions as a vanity project for the Egyptian government, with too much money spent on the library’s construction rather than its actual collection of books. Others suggest that the library is impossible for Egypt to sustain due lack of funding combined with the library’s huge shelf space, much of which remains to be filled.

While Egypt is working to revive its literary history, Morocco is more focused on preserving it - and with good reason as the Moroccan city of Fez is home to the oldest working library in the world.  The al-Qarawiyyin library was notably founded by a woman in 859 CE. The Tunisian heiress Fatima el-Fihriya, the daughter of a rich immigrant used her money to establish a university, which houses the library. Throughout history, both the university and its library played an important role in the exchange of culture and knowledge between Muslims and Europeans. However, the library was open only to scholars and researchers in the past to protect the books and manuscripts it held. However, in 2016, when the Al-Qarawiyyin library was renovated by architect Aziza Chaounu, over 4000 books were released to the public, including one of its most significant artefacts, a 9th-century Quran written on camel skin using the Kufic scrip.

One of the world's newest libraries, Dubai’s Mohammed bin Rashid library was opened in June 2022, making it just two months old at the time of publication. The design of the eye-catching structure was inspired by an open book on a lectern, while the building itself offers a stunning view of the Dubai Creek. In typical Dubai fashion, everything about this library is monumental from its size to its capacity. Taking more than six years to construct, this seven-storey library cost more than $270m to build and is expected to host around nine million visitors each year. The Mohammed bin Rashed library is home to one million physical and digital books but is expected to eventually contain 4.5 million printed, digital, and audiobooks. As well as an abundance of reading material, Dubai’s library is expected to host over 100 cultural events every year, as well as a permanent art gallery.

Located in Doha’s Education City, Qatar National Library was designed by the world-renowned architect Rem Koolhaas. It first opened in 2012 and just a few years later in 2015, it was appointed as the Preservation and Conservation Centre (PAC) of the MENA region by the International Federation of Library Associations and Institutions. However, Qatar’s national library wasn’t officially inaugurated until 2018 when the Emir of Qatar, Sheikh Tamim bin Hamad al-Thani placed the one-millionth book on the library’s shelves.  Notably, the library houses the contents of the Heritage Library, a decades-old Qatari project that preserves rare books, manuscripts, and other materials connected to Arab and Islamic civilisation. In 2012, the library partnered with the British Library to create the Qatar Digital Library which aims to digitise heritage material that documents Arab and Islamic history, making it readily accessible to the public. This project was launched in 2014.

Located in the eastern Saudi Arabian city of Dhahran, the King Abdulaziz Center for World Culture or “Ithraa” is an entertainment centre as much as it is a library with a considerable collection of works. The world ithraa means "enrichment" in Arabic, and the centre, which opened in 2018, contains a cinema and museum, as well as a four-storey tall library. Created as part of an initiative by the country's state-owned oil giant, Aramco, the institution's library is one of the largest in the country with a collection of 270,000 titles in both Arabic and English. According to Ithraa’s official website, the literary collection is 60 percent made up of works in Arabic and 40 percent in English. The centre also hosts exhibitions, including on the history of Islam, the arts, and theatre.

Flag of Safavids raised in Horadiz

Ilya Zaytsev: "We collected manuscripts of the Quran from Dagestan, Türkiye, Iran..."