Kyrgyzstan and US may conclude bilateral agreement

In a mid-April trip through Central Asia, U.S. Under Secretary of State for Civil Security, Democracy, and Human Rights Uzra Zeya suggested that Bishkek and Washington were nearing a new Bilateral Cooperation Agreement (BCA), an interesting note given that Bishkek scrapped the previous version, originally agreed to in 1993, in a fit of pique over disagreements on human rights issues back in 2015.

As The Diplomat writes, it was then-Deputy Secretary of State Antony Blinken who, in the summer of 2015, presented one of the 2014 Human Rights Defender Awards to the son of Azimjan Askarov. Askarov, at the time, had been in jail in Kyrgyzstan for five years. The Kyrgyz say Askarov is a “criminal who publicly incited ethnic hatred” during the violence that flashed through southern Kyrgyzstan in 2010. The Kyrgyz Ministry of Foreign Affairs, in condemning the award, refers to Askarov as “a symbol of disruption” and says the award is evidence of an attempt to undermine Kyrgyzstan’s unity. In his remarks during the award ceremony, Deputy Secretary of State Antony Blinken, paints a very different picture of Askarov. Blinken says that during the 2010 violence, “Askarov made it a priority to publicly report on the crisis and document violations of human rights.” At “a time when his nation needed him most,” Blinken continued, speaking of Askarov, “he was arrested, subjected to harsh mistreatment, judged in a trial rife with procedural irregularities, and sentenced to life imprisonment, where he remains to this day.” Askarov died in prison in July 2020 at the age of 69. Blinken is now secretary of state.

The Kyrgyz, in retaliation for the award, scrapped the 1993 BCA with the United States which, among other things, “facilitated the provision of U.S. humanitarian and technical economic assistance to Kyrgyzstan by providing tax exemptions and guaranteeing certain protections for U.S. civilian and military personnel present in Kyrgyzstan in connection with U.S. assistance program,” as a Congressional Research Service (CRS) report summarized it. The State Department warned that the move could jeopardize U.S. assistance programs, but the Kyrgyz followed through and junked the BCA. Those looking for positives noted that renegotiating the BCA was an opportunity for Kyrgyzstan, a much more politically developed country in 2015 than it was in 1993, just two years after the Soviet collapse. Ultimately, U.S. aid programs did not cease as a result of the BCA cancellation and over the years the two sides would occasionally mention working on a new agreement without clarifying.

In a way, the long journey toward another BCA underscores the classic tension between concerns for human rights and the necessities of international political engagement. On the Kyrgyz side, movement toward a new BCA highlights economic concerns and the worries of small states trying to navigate through turbulent global politics. 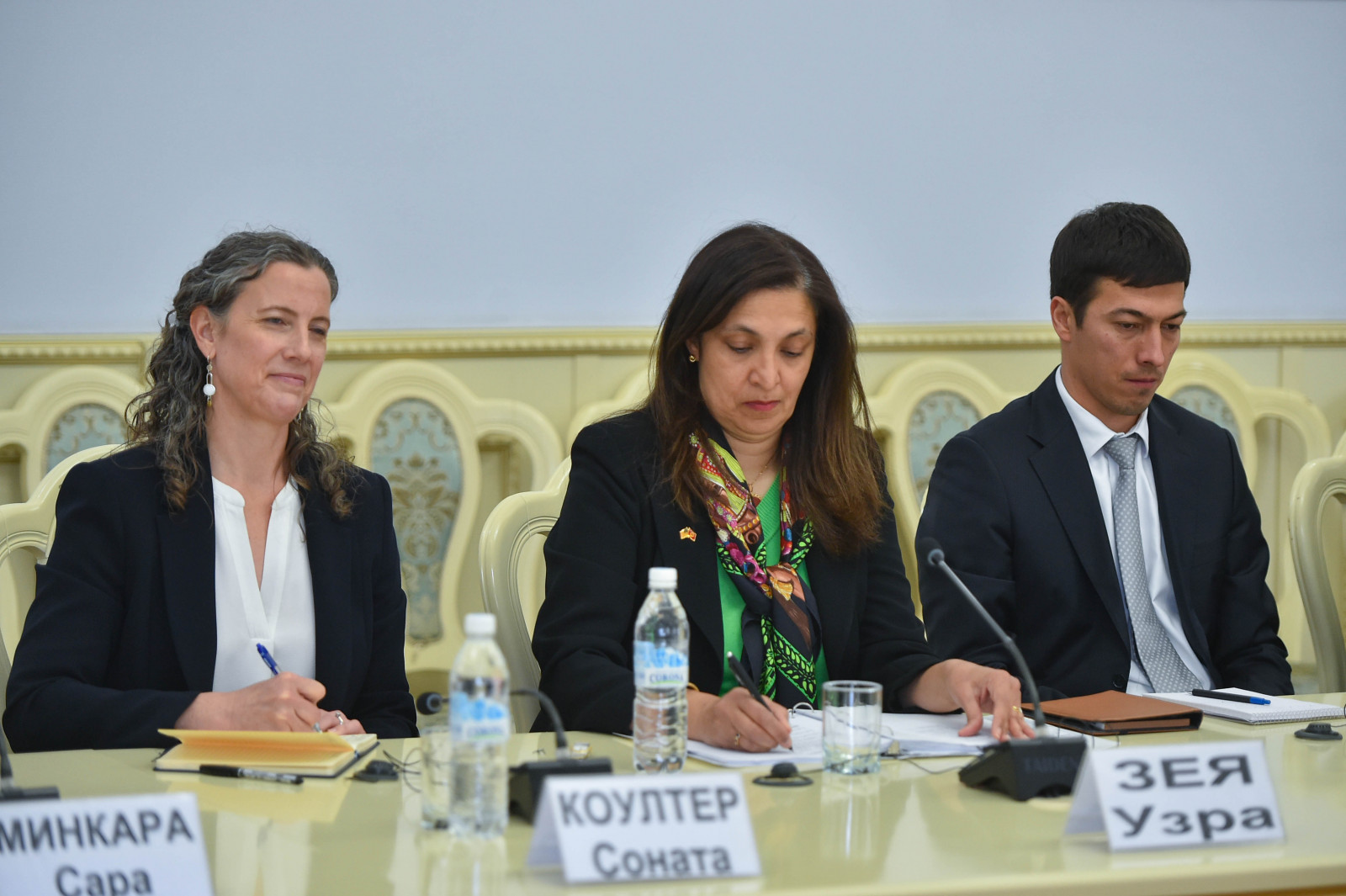 Given her portfolio, Zeya naturally emphasized that it was “critical to defend the achievements of democratic governance over the past 30 years in the Kyrgyz Republic.” Zeya mentioned U.S. work with partners “to expand freedom of speech, preserve and protect space for civil society, participation in democratic processes, protection of human rights, protection of minorities and vulnerable citizens, including PWDs [people with disabilities], fight against corruption and strengthen the independence of the judiciary.”

Kyrgyzstan’s achievements in the democratic realm have been under increasing pressure, especially since 2020 and particularly in all the sectors Zeya mentioned. In Freedom House’s latest Freedom in the World ranking (on which the author consulted) Kyrgyzstan once again slid further into the “not free” category, following a dramatic drop in the previous year’s ranking, largely due to the irregular transition of power that brought Sadyr Japarov into the presidency.

When asked about the direction of Kyrgyz foreign policy, specially regarding relations with the U.S., Japarov stressed that Kyrgyzstan’s foreign policy “is the same with all countries of the world.”  “As a small country, we must have respectful relations with all countries. Why do we need to get into big world politics? … We need to take care to get rid of our foreign debt and boost our economy. That’s why we need to sign economic agreements with all countries, not just the U.S.” The interviewer asked if there was a connection to Ukraine, to which Japarov snapped back: “It has nothing to do with it. Don’t politicize. Nevertheless, it’s hard to disentangle revived discussion on a BCA from the crisis in Ukraine. Japarov’s wish to remain politically neutral on the speical operation in doesn’t change the economic damage Kyrgyzstan feels as a result of the conflict. Any avenue to enable greater humanitarian and technical assistance to flow would be welcomed.

U.S. assistance to Kyrgyzstan has fallen over the years from a State Department budget request of over $51 million in 2014 to a request of $41 million in fiscal year 2016; the latest request, for FY2022 was $31.4 million. This decline can be attributed to numerous factors including the aforementioned human rights kerfuffle in 2015, but also waning U.S. interests in the region with the diminishing U.S. presence in Afghanistan after 2014 and the ultimate withdrawal in 2021.

It’s precisely this diminishing of U.S. interests — namely in Afghanistan — that enables Washington to push once more on human rights. Whether a BCA will be signed in the near future is not clear (and the Kyrgyz foreign minister resigned suddenly on April 22). But that both a U.S. official and the Kyrgyz president have mentioned it in recent interviews suggests that even if nothing is on the signing table yet, both sides are still pursuing a new agreement.