What's the difference between Easter and Orthodox Easter? 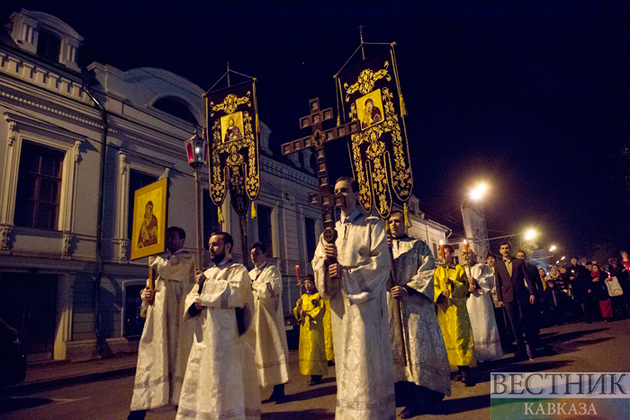 According to History, the holidays both celebrate the resurrection of Jesus Christ, but have some different traditions and are based on different calendars. The religious holiday of Easter celebrates the resurrection of Jesus Christ, as described in the Bible's New Testament. Although it is observed as the holiest day by both Christians and Orthodox Christians, it is a movable feast, and is recognized on different days by both sects each year. Orthodox Christians celebrate Easter later than most Christians in the western world because the churches calculate the holiday by different calendars.

According to the Bible's New Testament, Jesus Christ was crucified by the Romans around 30 A.D., died on the cross on a Friday and was buried in a tomb outside of Jerusalem. Three days later, on Sunday, Christ rose from the dead, according to Matthew 28: 1–10.

Known as Pascha, the Greek word for “passover,” Easter in the Orthodox Church celebrates “the eternal Passover from death to life from earth heaven.” Great Lent, the church’s strictest time of fasting, takes place for 40 days, ending eight days before Easter on Lazarus Saturday—when Jesus raised Lazarus from the dead, according to Eastern orthodoxy. Palm Sunday and Holy Week follow, with continued fasting until Easter. Orthodox Easter always follows the Jewish holiday of Passover.

Many historians, citing 8th-century monk and Anglo-Saxon scholar the Venerable Bede in his “The Reckoning of Time,” believe Easter's etymological name comes from Eostre, the Anglo-Saxon goddess of spring and fertility, who was often portrayed in drawings surrounded by hares and was believed to be worshiped during pagan festivals. Anglo-Saxons also reportedly referred to the month of April as Eostre-monath. 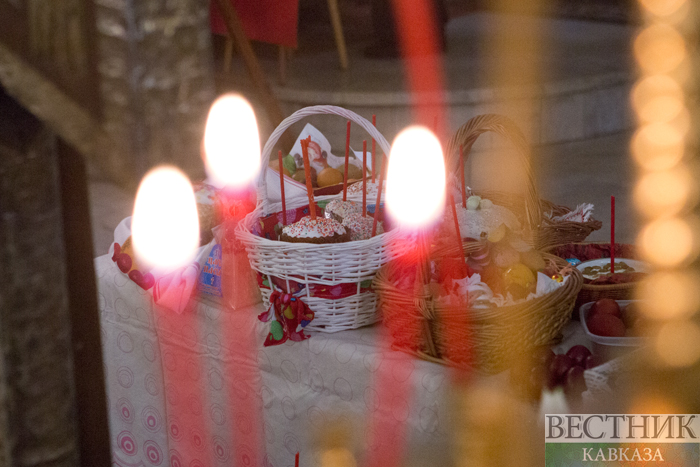 Why Orthodox Easter and Easter Are on Different Days

Orthodox Christians, who believe faith is inseparable from the church, follow the Julian calendar when it comes to celebrating Easter Sunday. The Julian calendar was established by Julius Caesar in 45 B.C. and is based it on the solar cycle—Earth's revolutions around the sun.

Orthodox Easter takes place between April 4 and May 8, following the first full moon after Passover. Orthodox Easter always falls after the Jewish celebration of Passover, because, according to the New Testament, the crucifixion and resurrection of Christ took place after he entered Jerusalem to celebrate Passover.

In 1582, Pope Gregory XIII instituted the Gregorian calendar to correct inaccuracies in the Julian Calendar. The new calendar added leap years to correct an 11-minute miscalculation that caused seasons to become out of sync with the calendar, thus pushing Easter away from the spring equinox. Under the Gregorian calendar, churches established Easter to be held on the first Sunday after the full moon that occurs on or after the spring equinox. In 2022, Easter is celebrated on April 17.

Much of the world came to officially recognize the Gregorian calendar, but Orthodox churches, primarily in Greece, Cyprus, Russia, Romania, Bulgaria and others, continue to observe Easter according to the Julian calendar. 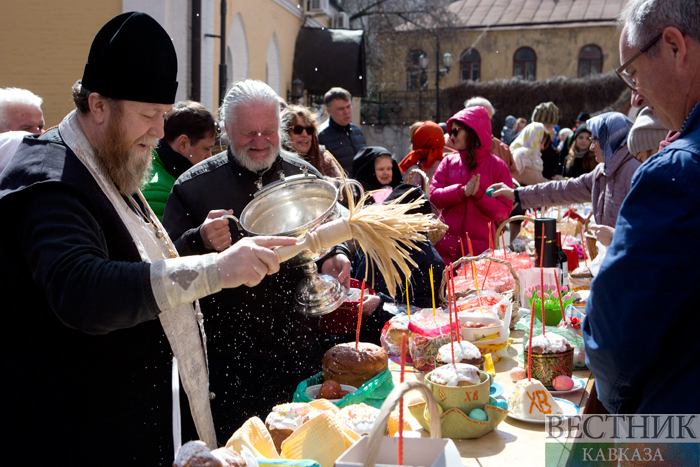 As with many Christian holidays, some Easter traditions can be traced to pagan celebrations. Decorating eggs, which symbolize new life, dates back to the 13th century when the church disallowed eating eggs during Holy Week, and they were decorated instead.

The Easter Bunny, meanwhile, is believed to have been brought to the U.S. by German immigrants in the 1700s, although some historians trace the character to rabbits being symbolic of fertility.

Both Christians and Orthodox Christians celebrate the Easter holiday with joyous church services, often punctuated with white lilies, followed by family meals and gatherings. Eastern Orthodox churches often hold a Paschal Vigil on Holy Saturday, the day before Easter, and a candlelight procession may be held that night, with Easter services and celebrations beginning at midnight.

Traditional Christian Easter meals often include ham, spring vegetables and hot-cross buns (sweet rolls scored with a cross on top). At Orthodox Christian Easter dinners, along with red-dyed hard-boiled eggs, which are symbolic of the blood of Christ, lamb is typically served. John 1:29 says, "Behold the lamb of God which takes away the sins of the world." Lamb also has a strong Jewish significance, as it was used as a sacrifice and is often served during Passover.

Holy Fire descends in Church of the Holy Sepulcher in Jerusalem