Alexey Vlasov: Russia is ready to play the role of an honest broker and gradually, together with Baku and Yerevan, search for a compromise through dialogue. 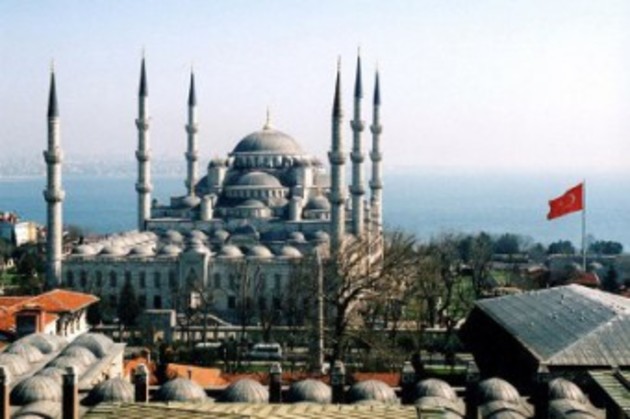 Alexey, how would you comment on Putin’s declaration at the meeting
with Erdogan? Some media have given various interpretations of the
premier’s words.

Answer: I noted in an interview to Vesti.az that the expression ‘not
to interfere’ obviously means not taking the part of one of the sides
in the Karabakh conflict. That is, Putin is clearly pointing out that
Russia is ready to play the role of an honest broker and gradually,
together with Baku and Yerevan, search for a compromise through
dialogue.

Taking a side would mean either supporting Azerbaijan and demanding
Yerevan release the occupied territories in Nagorno-Karabakh, or to
support Armenia and, thus, demonstrate to Baku that Russia recognizes
the state of affairs in the region that has existed since 1994. Moscow
is not going for either of those decisions. It is also clear that
Moscow is not going to relinquish its functions as moderator in the
negotiation process. Russia, together with the Azerbaijani and
Armenian authorities, will take the path of mutual understanding.

Question: In this case who would benefit from portraying Russia as an
inconsistent partner in the conflict settlement?

Answer: Those who like the rising role of Moscow in the region's
politics the least. Or those trying to use the Russian map in their
own games. In the current situation such actions are especially
dangerous. The situation in the South Caucasus is not stable, there’s
no need to aggravate it.

I believe that the premier’s declarations cannot be taken as a message
to Erdogan, urging him not to make unnecessary steps. The positions
of Moscow and Ankara coincide on many points and I am confident that
it is the solidarity of the efforts of Russia and Turkey that will
lead to a peaceful settlement of the conflict.

Question: What is your rating of the CICMA summit?

Answer: CICMA is indeed a unique dialogue platform that has proved its
topicality and its relevance in various spheres on numerous occasions.
In the current situation, when the ‘game rules’ are being reformatted
in the international arena, CICMA is expected to determine more
clearly the field of responsibility and the instruments to be used in
realizing the assigned missions. I highly rate the role of Ankara in
forming new strategies of security on a regional level. The uniting of
Turkish and Kazakh efforts may lead to realizing a system breakthrough
in achieving more stable development of the Eurasian region.
All the more so, as Turkey has been consistently supporting all
efforts to turn CICMA into a really working, effective dialogue
platform and acting as a coordinator of projects against new
challenges and threats.